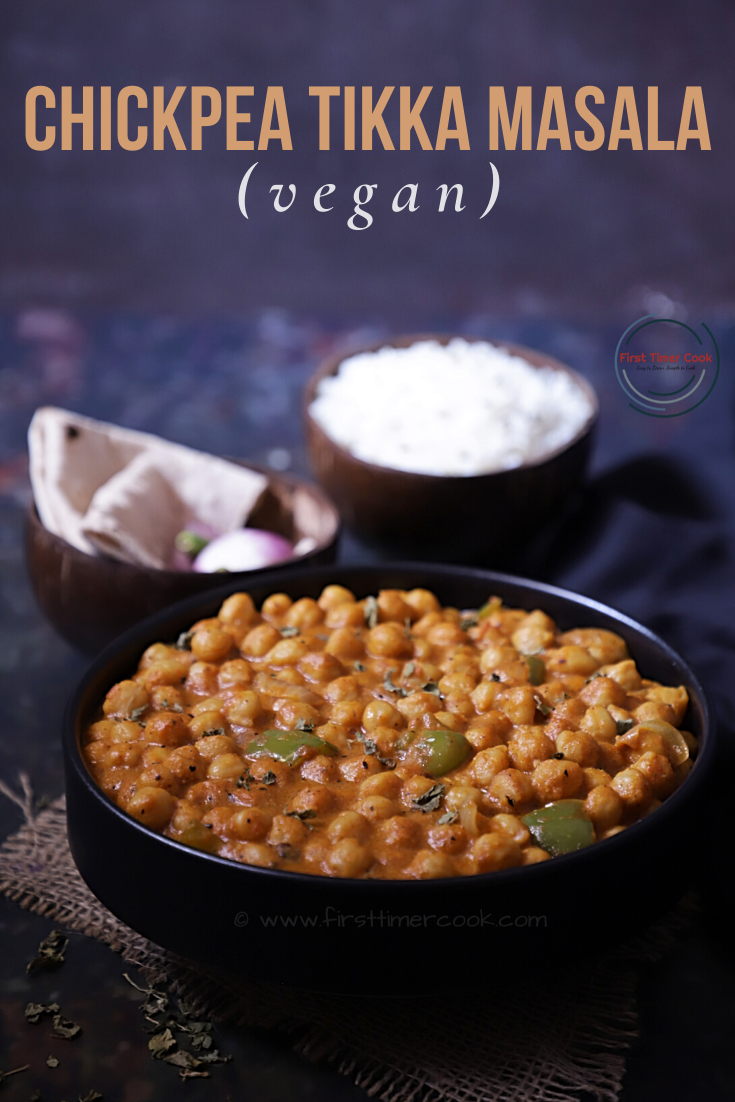 Chickpea (kabuli-chana) is the second common lentil apart from toor dal (split pigeon pea) at my place. I use this 2-3 times in a week to make a varieties of dishes. Among them, the chole capsicum masala is one of our favorite gravy. This is a north Indian style chickpea preparation with capsicum where the chickpea / chole / kabuli-chana and capsicum are cooked deliciously in a cashew-based curry.

And today I have come up with a similar kind of recipe using chickpea as Chickpea Tikka Masala 😊 Tikka masala that too chicken tikka masala is quite common and a popular non-vegetarian side dish in restaurants. In vegetarian version we often use paneer to make paneer tikka masala. But here, the tikka masala is using some chickpeas.

Chickpea is also named as garbanzo beans, chana, kabuli-chana and so on. It has a buttery, nutty flavor and creamy texture for which it pairs well with several other foods and ingredients. As a rich source of vitamins, minerals and fiber, chickpeas offer a variety of health benefits such as improving digestion, aiding weight management and reducing the risk of several diseases. Additionally, chickpeas are high in protein and make an excellent replacement for meat in vegetarian and vegan diets.

There are two types of chickpeas as desi and kabuli. Desi contains smaller, darker seeds and has more of a rough coat. Kabuli is a larger, lighter colored bean with a smoother coat. The color of the chickpeas also varries. These come in a variety of colors like green, brown, though the most popular and recognized color is beige.Do you know, green chickpeas are the younger chickpeas with a sweet flavor, almost like green peas. I love to make this Green Chickpea Salad in Mustard Vinaigrette in summer hot days. Chickpeas can be bought in both dried or canned form. 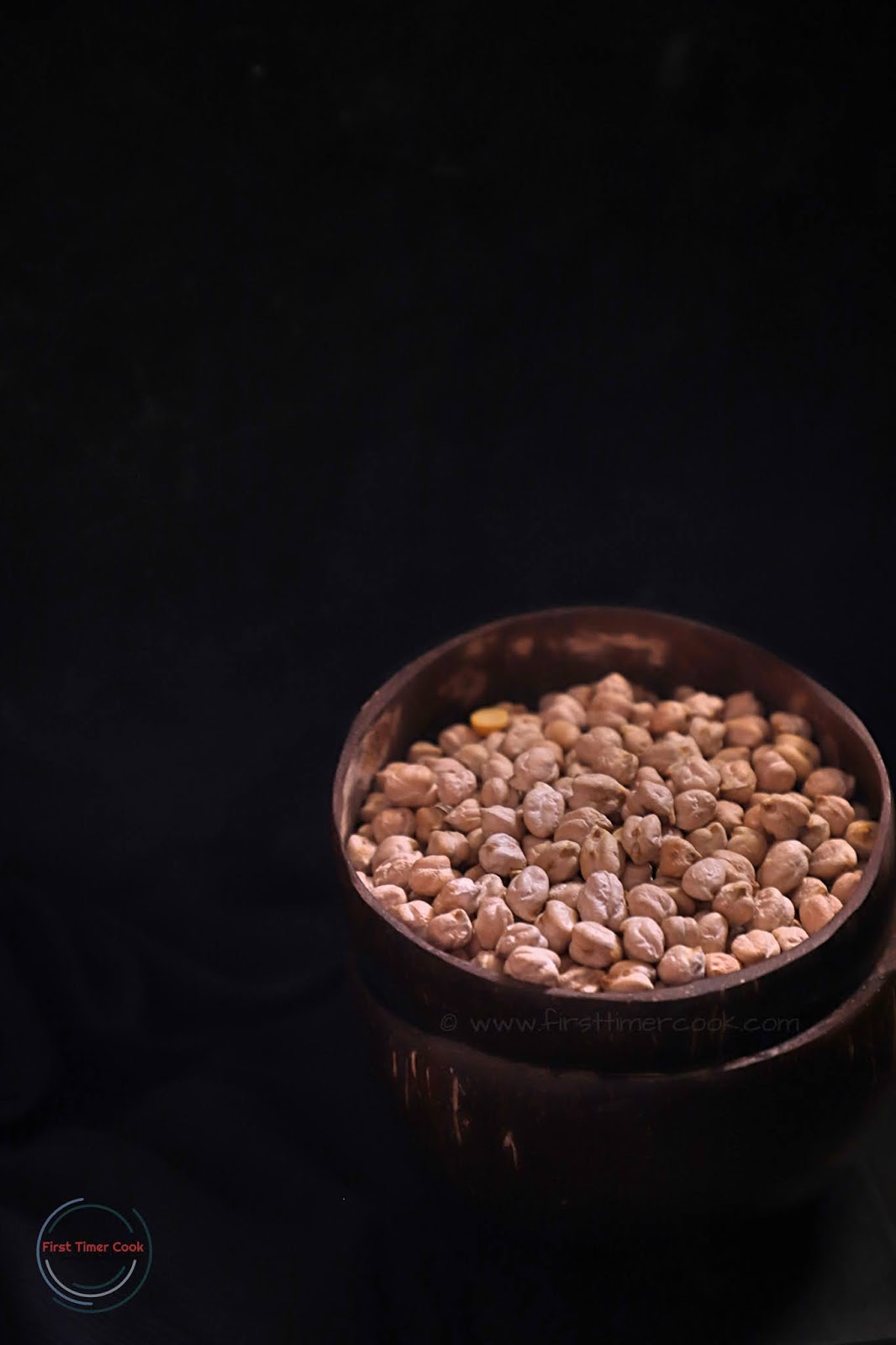 These days, chickpeas are used in a large variety of recipes. They can be used in salads, soups or stews, or as a quick snack. In India, a large number of recipes particularly curry (gravy kind) are based on the chickpea. The chickpeas are also the main ingredient in many Middle Eastern dishes like falafel (fried ball shaped snack), hummus(a dip) etc. Aquafaba, the liquid from the canned chickpeas has similar properties to egg whites and hence is a perfect egg substitute in vegan diet. 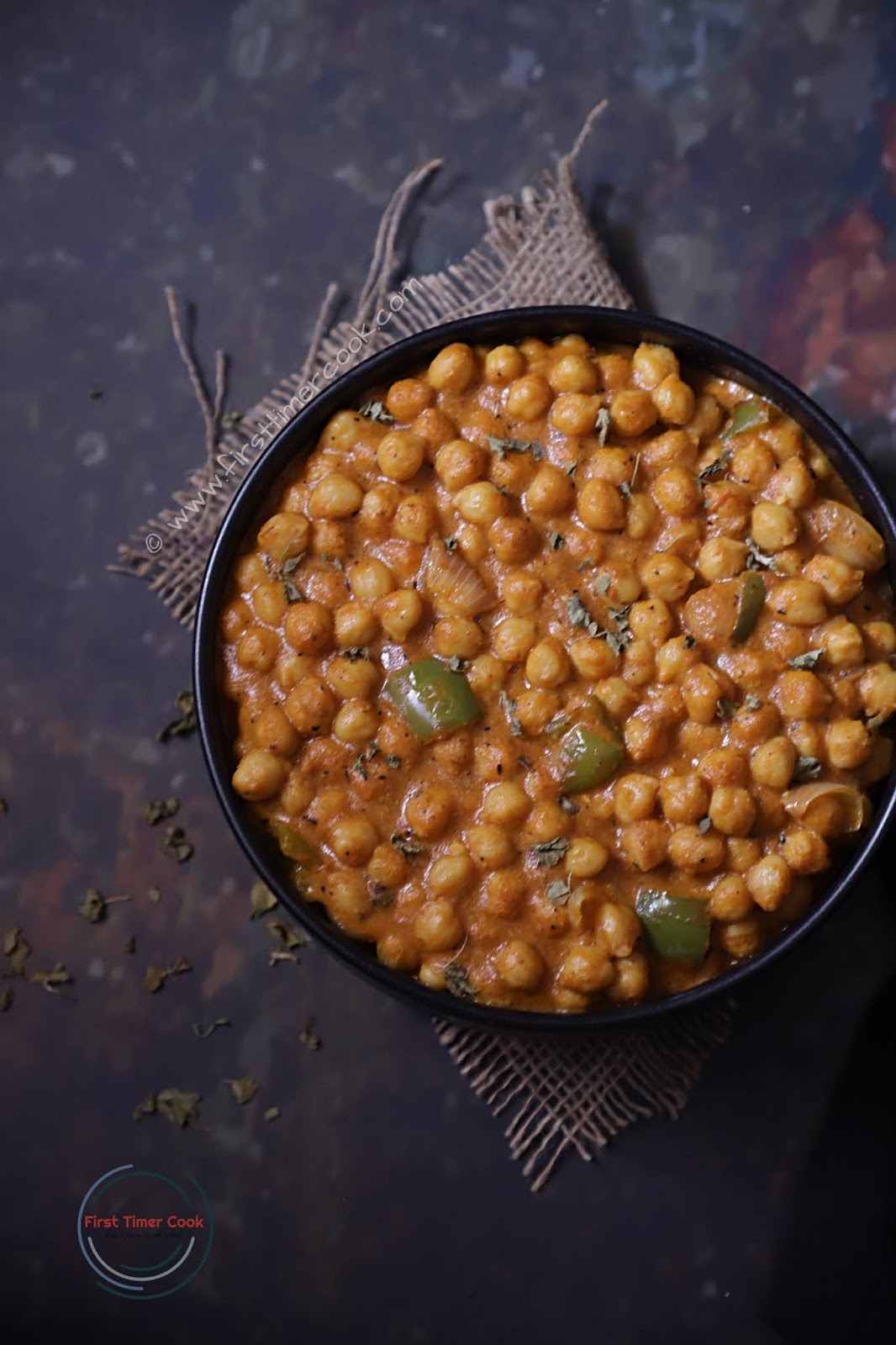 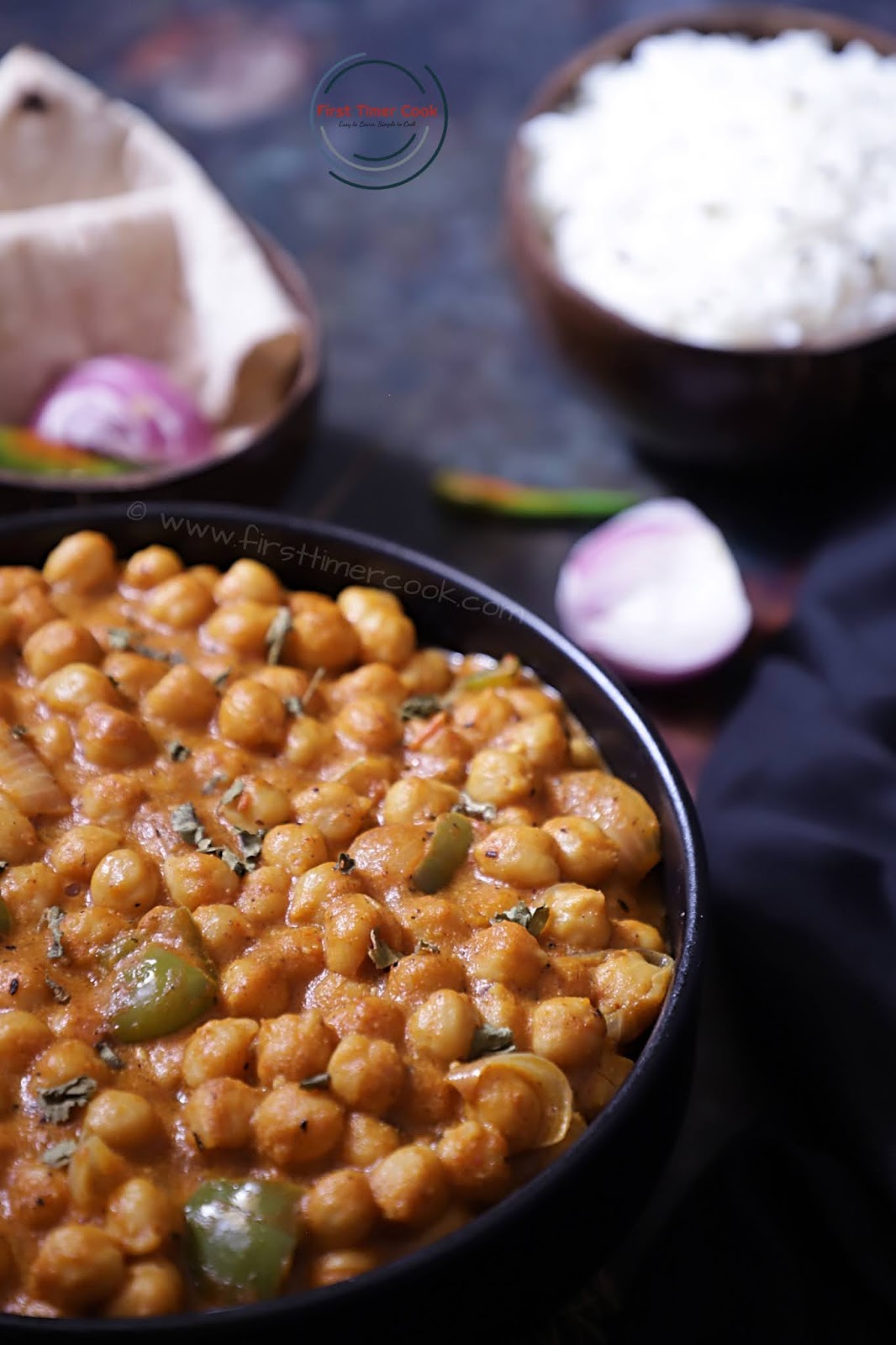 HOPE YOU WILL LIKE THIS Vegan Chickpea Tikka Masala 😊! WHY NOT TRY some more chickpea BASED RECIPES 👇 AS WELL : 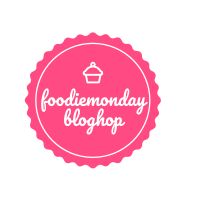 Monday is here again and the Foodie Monday Blog Hop team has decided the 252th theme as ‘Chana Time‘ which is suggested by Mayuri di this time. She suggested that we showcase some recipes using chickpea / chana as the star ingredient. One could pick the black / brown variety or the white one (kabuli-chana) as well, but not its flour (Besan). So here this Vegan Chickpea Tikka Masala is contributed for the theme. And yes, don’t forget to hop into her space where she shares a varieties of dishes. I like her Chickpea Quinoa Burger where chickpeas are used to make the filling.

Add water as per the desired consistency of the tikka masala. I have kept slightly thin consistency.
Some fresh cream can be added towards the end, I have not added. For vegan tikka masala, simply use vegan cream if interested to add cream.

Instead of garam masala, use tandoori masala if you have.

Always pick slightly boiled chickpeas, else there will be a mushy in the whole masala gravy. 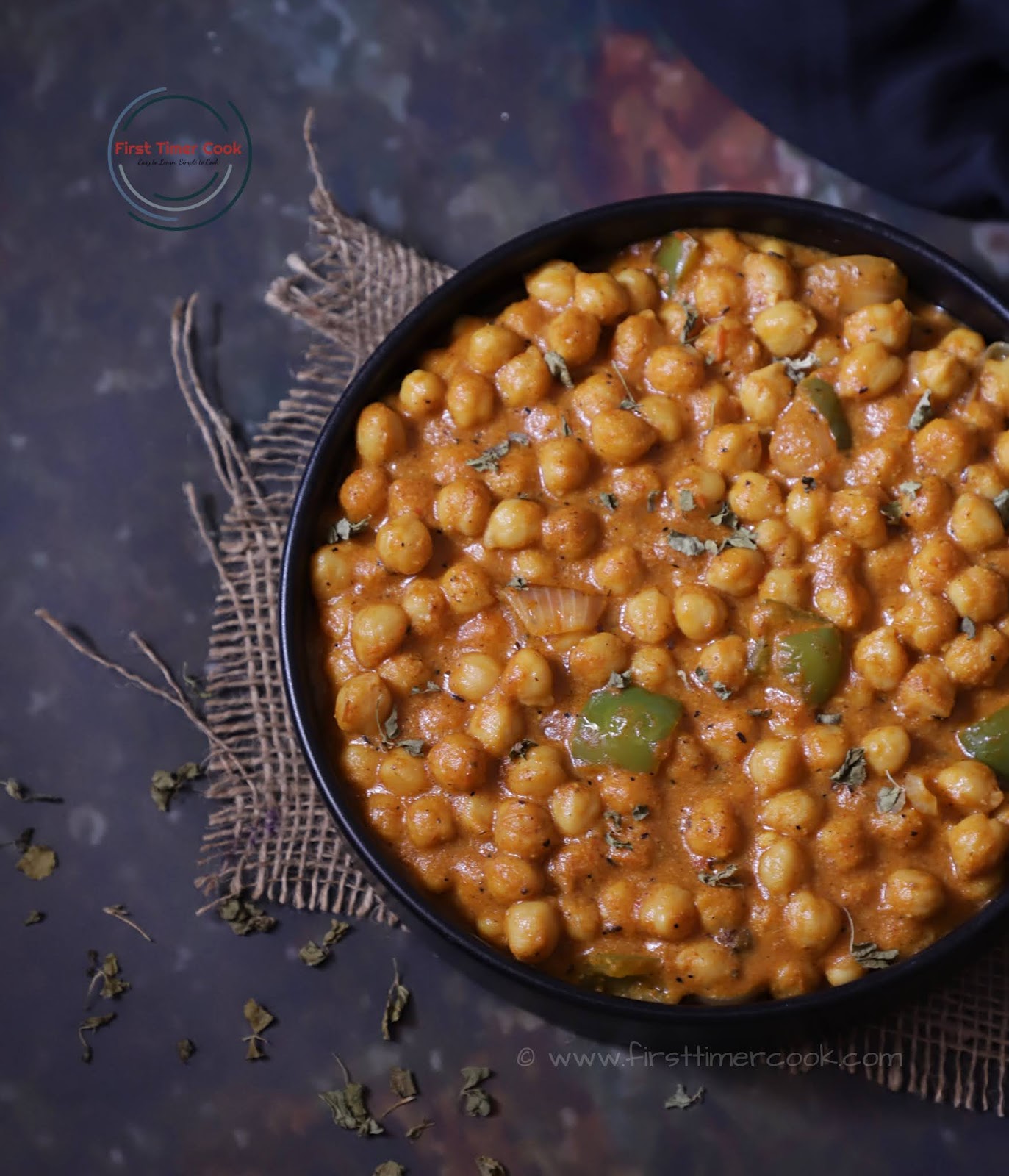