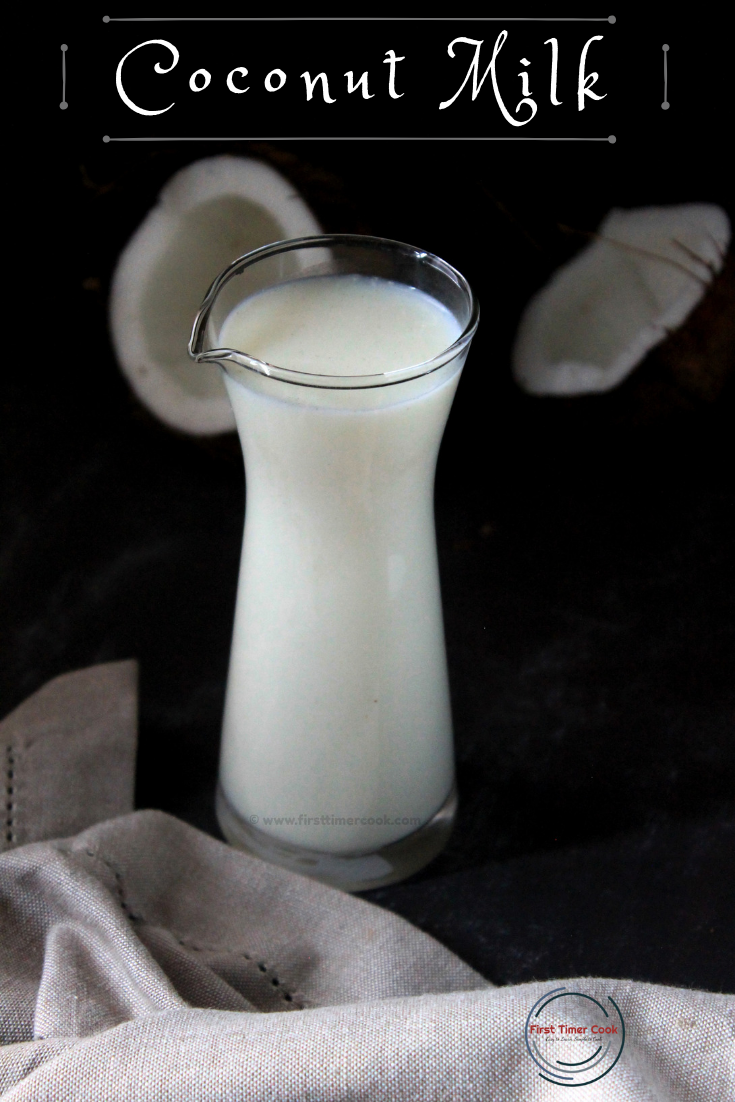 Coconut is a kind of dry drupe (a hard stony covering which encloses the seed). Almost one-third of the people of the whole world rely on coconuts as a major part of their diet. Coconut is high in protein and iron. Fresh coconuts are easily available in the stores as well as the desiccated coconut are frequently used these days. The coconut water is quite refreshing, light drink and slightly sweet one naturally. The popularity of coconut also doesn’t end with only coconut water. There are a variety of other ingredients which are coconut-derived starting from coconut oil to coconut flour and coconut milk even. 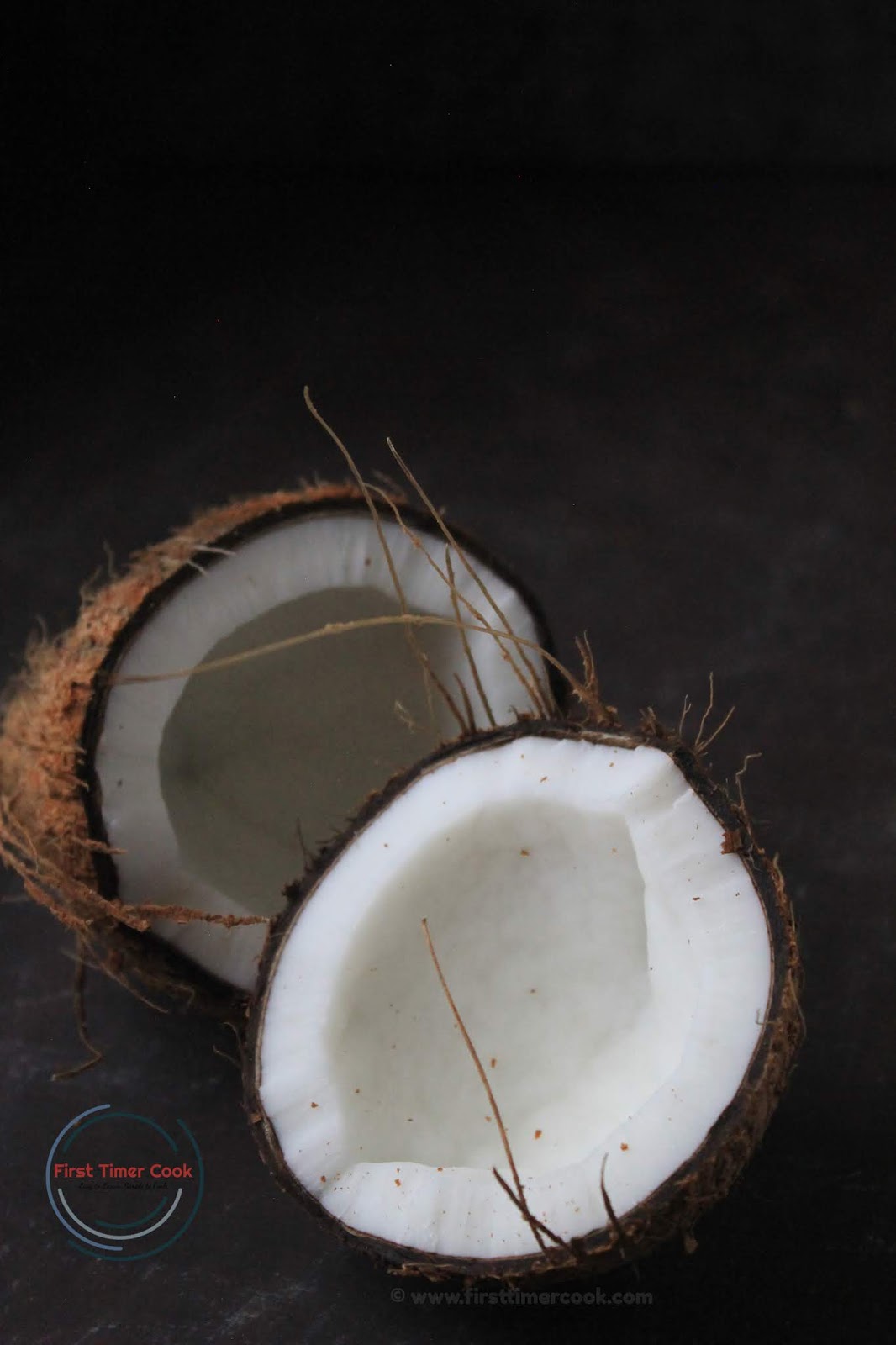 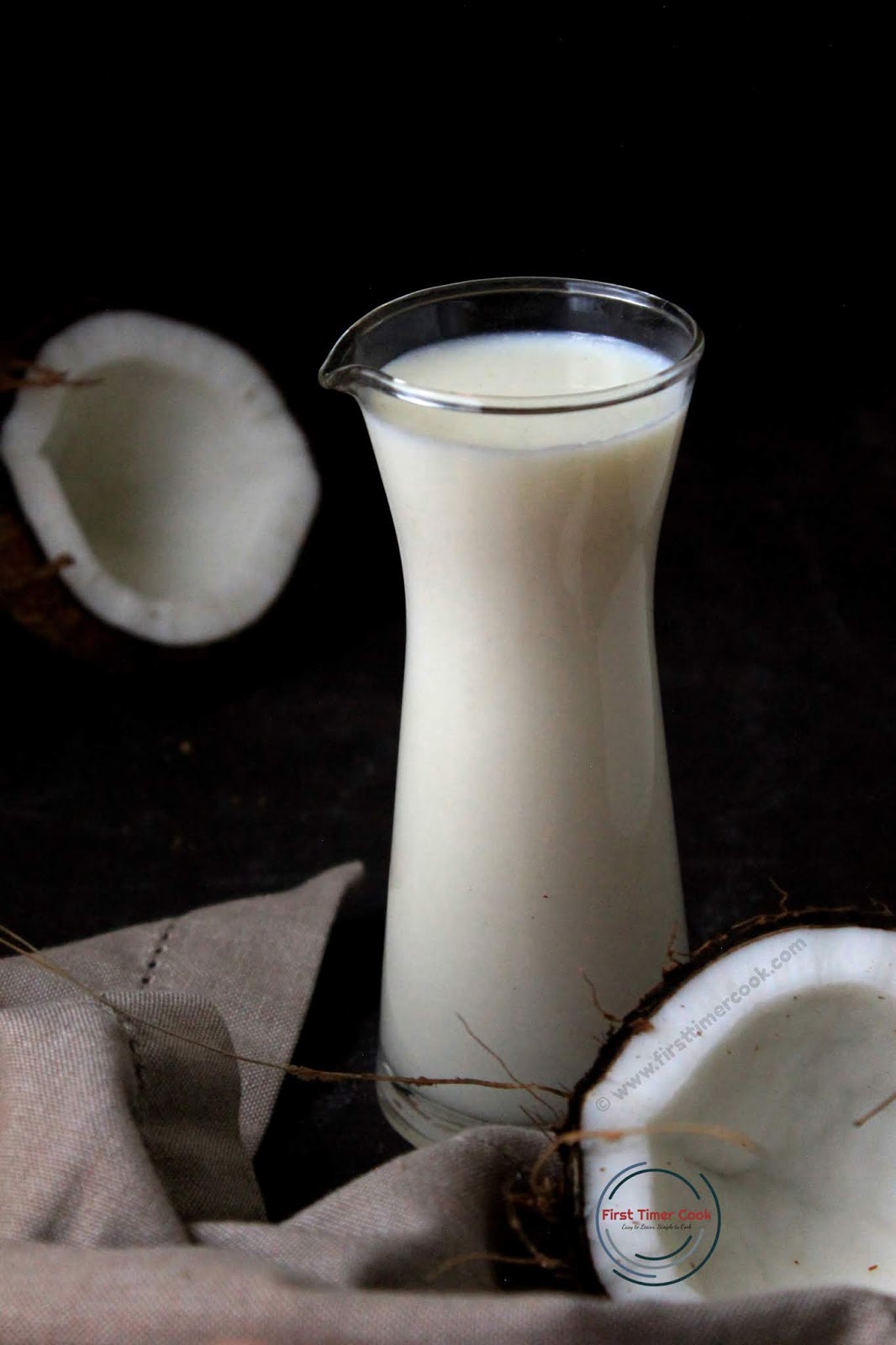 Each extract has to be stored separately to use differently. Again the third extract is also can be followed in the same method as of 2nd extract and results in thinnest coconut milk. Generally three stages of coconut milk are there, but I always do up to second extract. Thick coconut milk can’t be added to any dish over high heat as it may curdle. But there is no restriction of thin and thinnest coconut milk. If you have only thick coconut milk, then lower the heat and go for addition. Also the thick one can be diluted to get a thinner consistency. The process is so much simple and quick as well. For any vegan milk option, this homemade coconut milk best fits. In a glass container, the milk can be stored up to one week by refrigerating. So instead of buying the can of coconut milk from stores, do try this homemade version of fresh coconut milk.

one of the trending Non-Diary / Vegan milk substitute which can be prepared so easily and quickly. 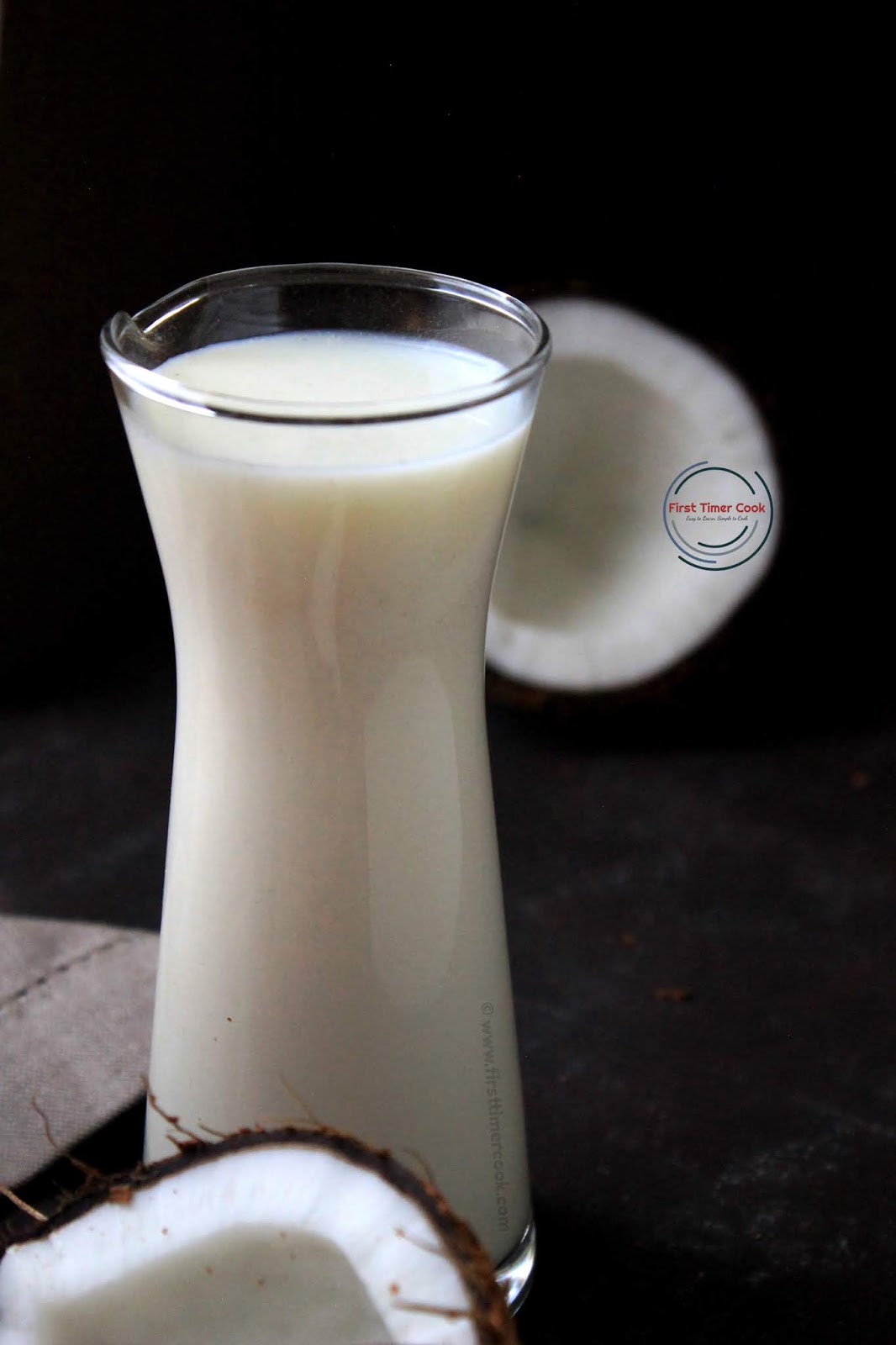 If you tried my recipe and enjoyed fully, then please share some pictures of your creation with me. Also kindly rate the recipe below, give your valuable feedback either in the comment box below or tag me as @firsttimercook on Instagram. 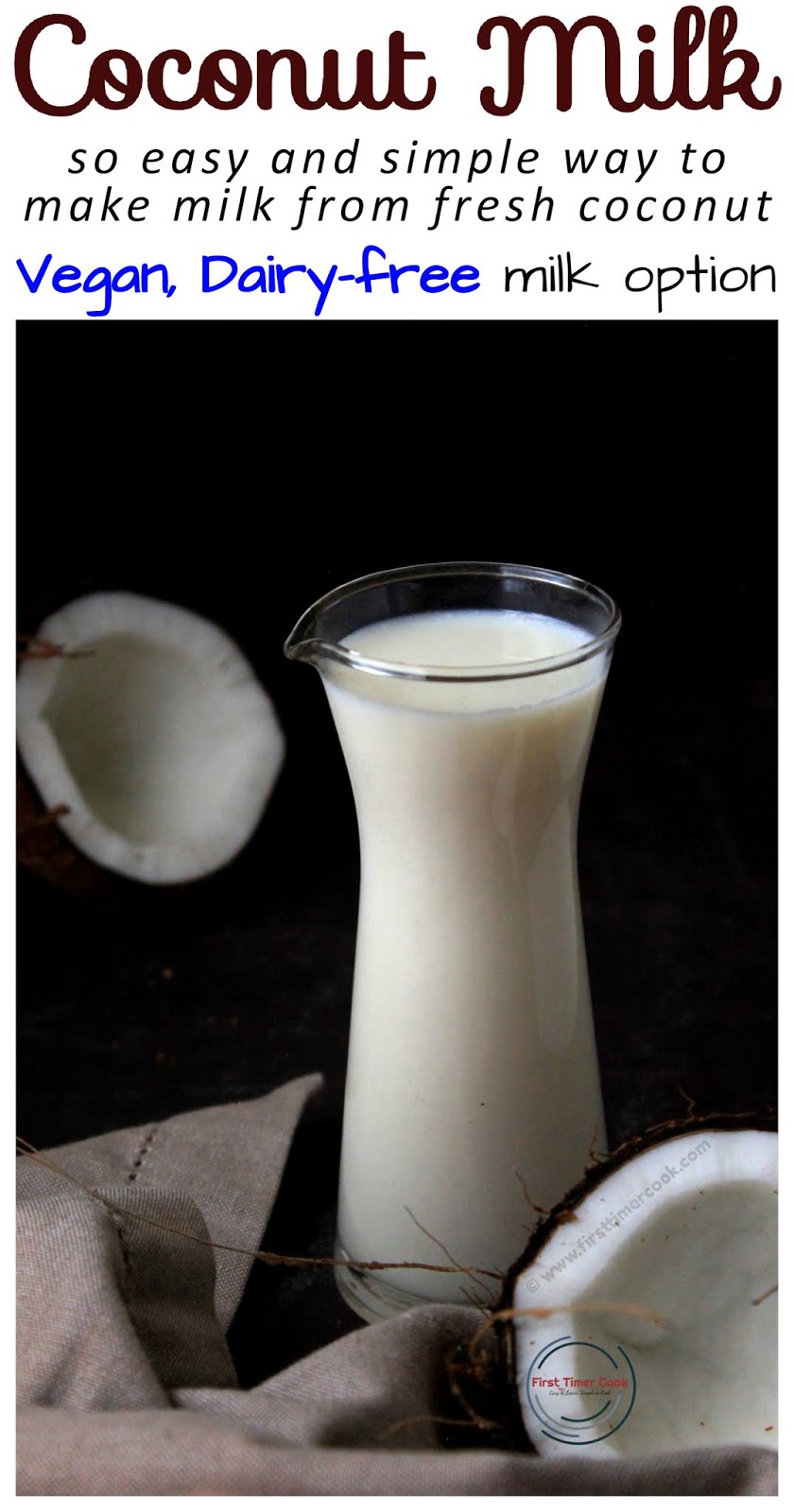