Bell peppers, also known as capsicum are basically peppers of less pungent varieties which are available in different colors such as yellow, red, green, purple and orange. All the varieties of bell peppers including the red ones are green in color when unripe. Green and purple peppers are slightly bitter in taste whereas red, yellow and orange have a sweeter and fruity taste. Among all the colors, red bell peppers are used in a variety of dishes due to their mild, sweet and crispy flavor. On ripening they turn into bright red in color with a core inside containing plenty of seeds.

Red peppers are incredibly versatile in the kitchen and can be included in any food along with other veggies. Apart from making the dishes attractive and delicious, this bright and glossy veggie is a storehouse of nutrients. Though green bell peppers are widely consumed, red bell peppers are much more nutritious and have comparatively sweeter taste. Some of the health benefits of red bell peppers are 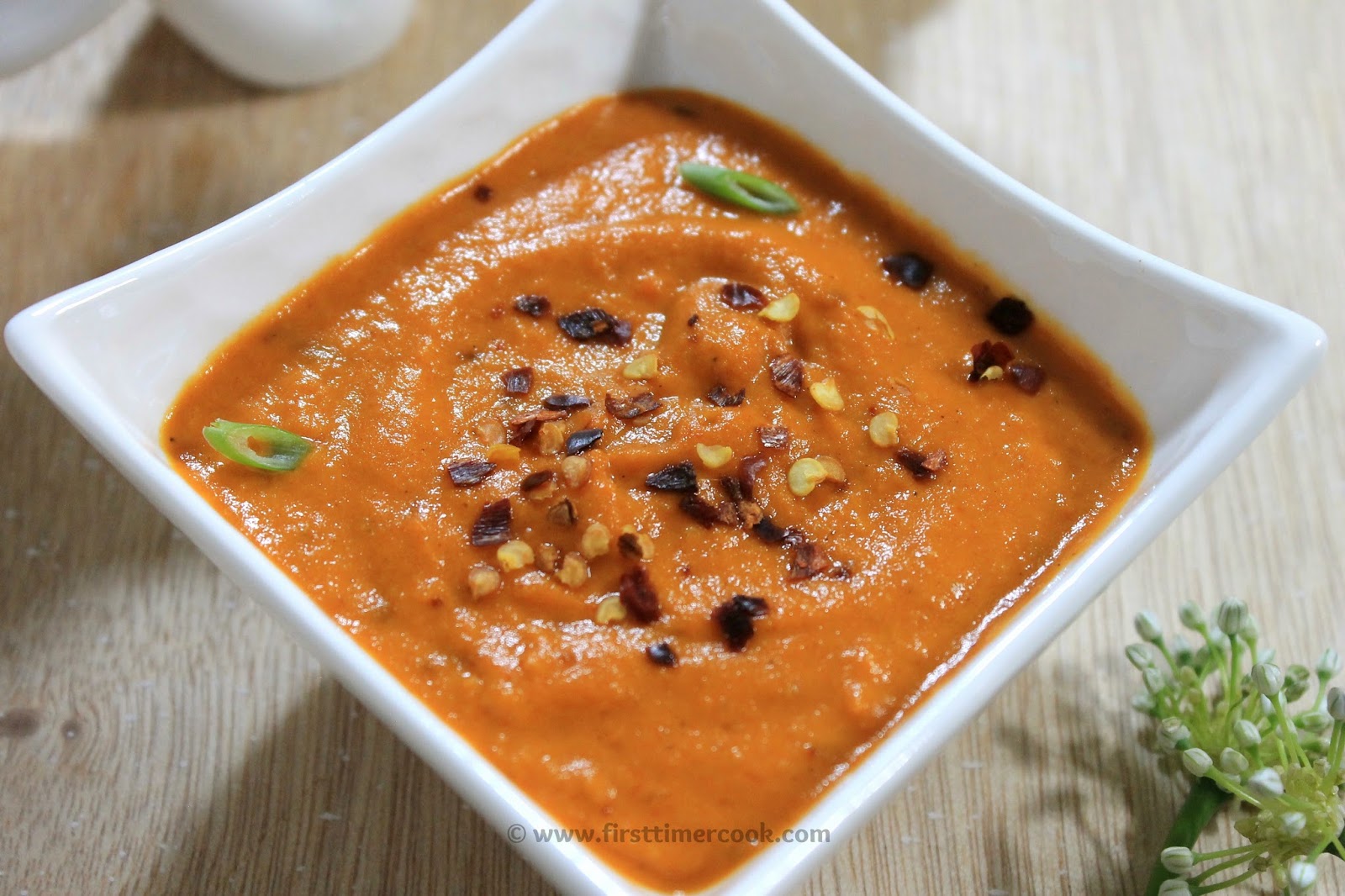 So with all the listed health benefits, I decided to make a sauce as Roasted Pepper Sauce using these red beauties. I can assure you that this is such a delicious sauce which can be the star of any dish. Basically, red bell peppers are roasted completely and then blend into a smooth texture along with some garlic, shallots and some seasonings. The roasting brings out the natural sweetness in the  peppers, so no sugar is needed. But if the sauce tastes slightly bitter (bitterness depends upon the ripeness of red bell pepper, more ripe means less bitter), then some sugar can be added to the sauce for balancing the taste. 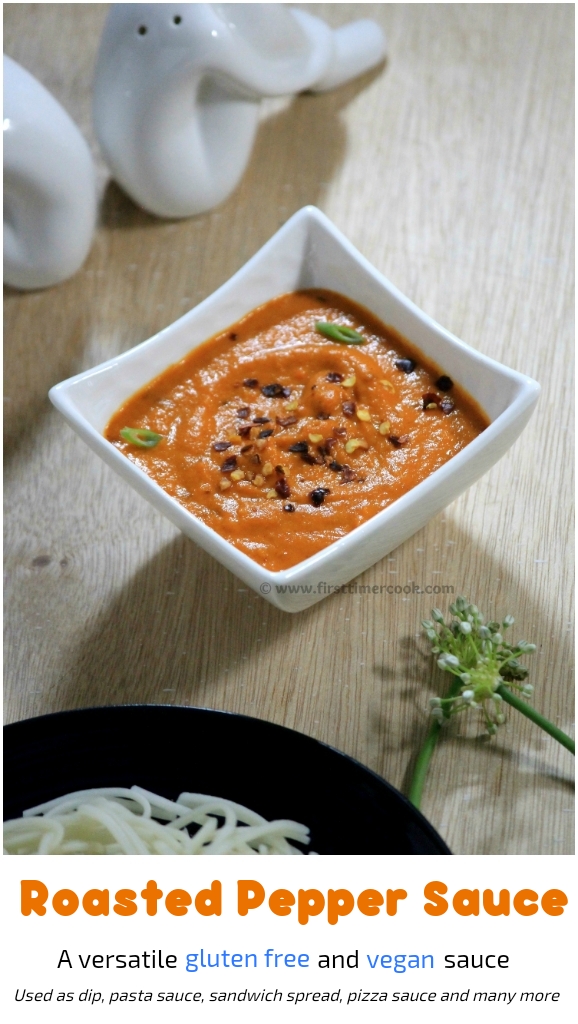 This Roasted Pepper Sauce recipe is contributed for 134th Foodie Monday Blog Hop where the theme is ‘Pasta Sauces’.