A kati roll or kathi roll is a street food which is originated from Kolkata, India. In original form, this roll is a skewer-roasted kebab wrapped in a paratha, it can be a bamboo or iron skewer. Now-a-days any wrap containing a filling (even when neither kathi nor kebab was involved) enfolded in a paratha or roti is called a kathi roll. 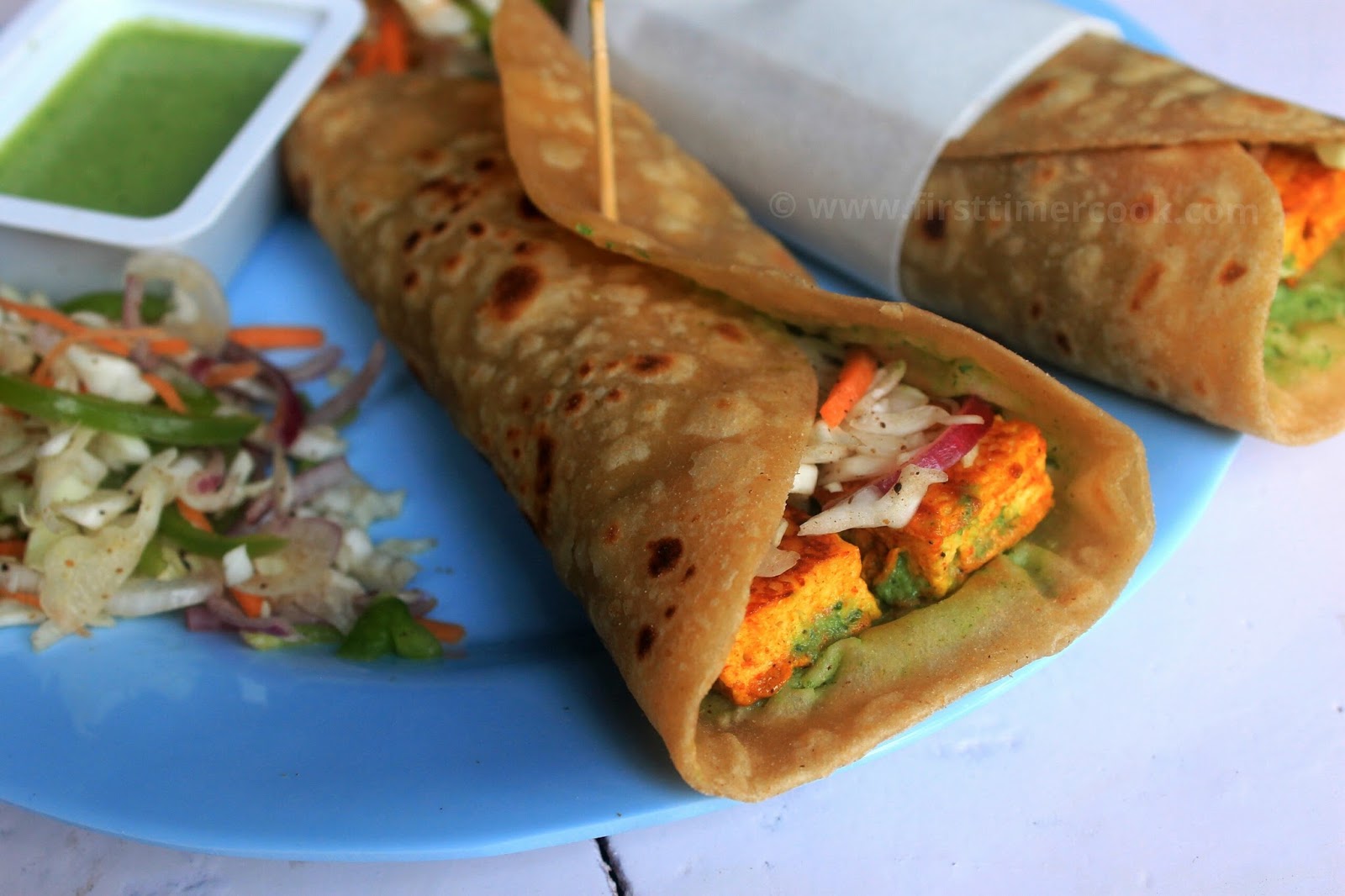 The bengali word ‘Kati’ or ‘kathi’ means stick. Traditionally these rolls are prepared with a paratha made up of all purpose flour (maida), one side of the paratha is coated with egg and then wrapped into a roll with a filling (mainly chicken or mutton kebab). 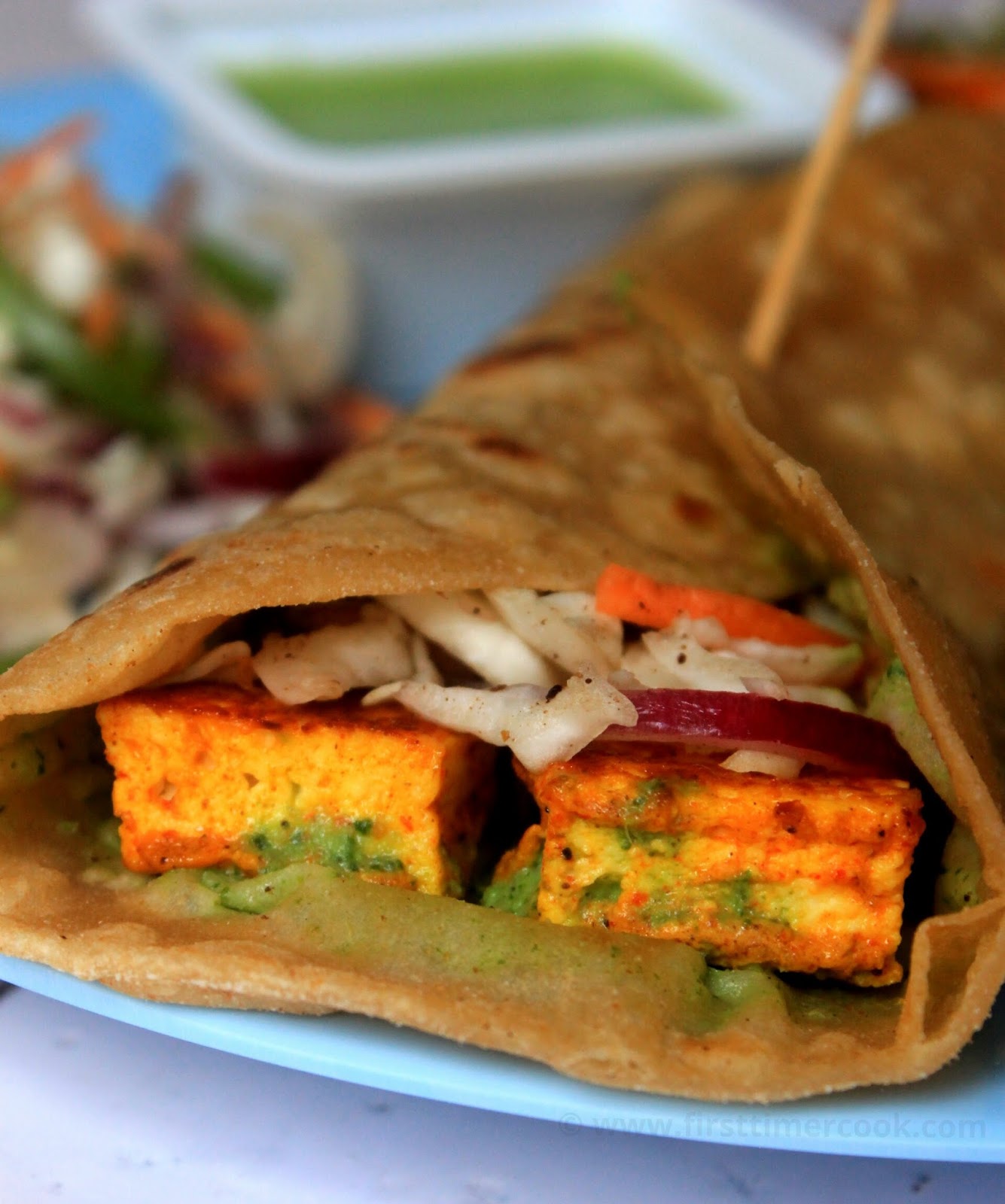 In this recipe, I have come up with a vegetarian healthy version which is equally yummy too. Instead of maida, I have made the wrap dough with wheat flour and then filled with paneer tikka. This paneer tikka kathi roll is absolutely delicious as well as a nutritious dish. These can be served as an snack or appetizer in parties. Below is the step by step guide for how to make the paneer tikka kathi roll. 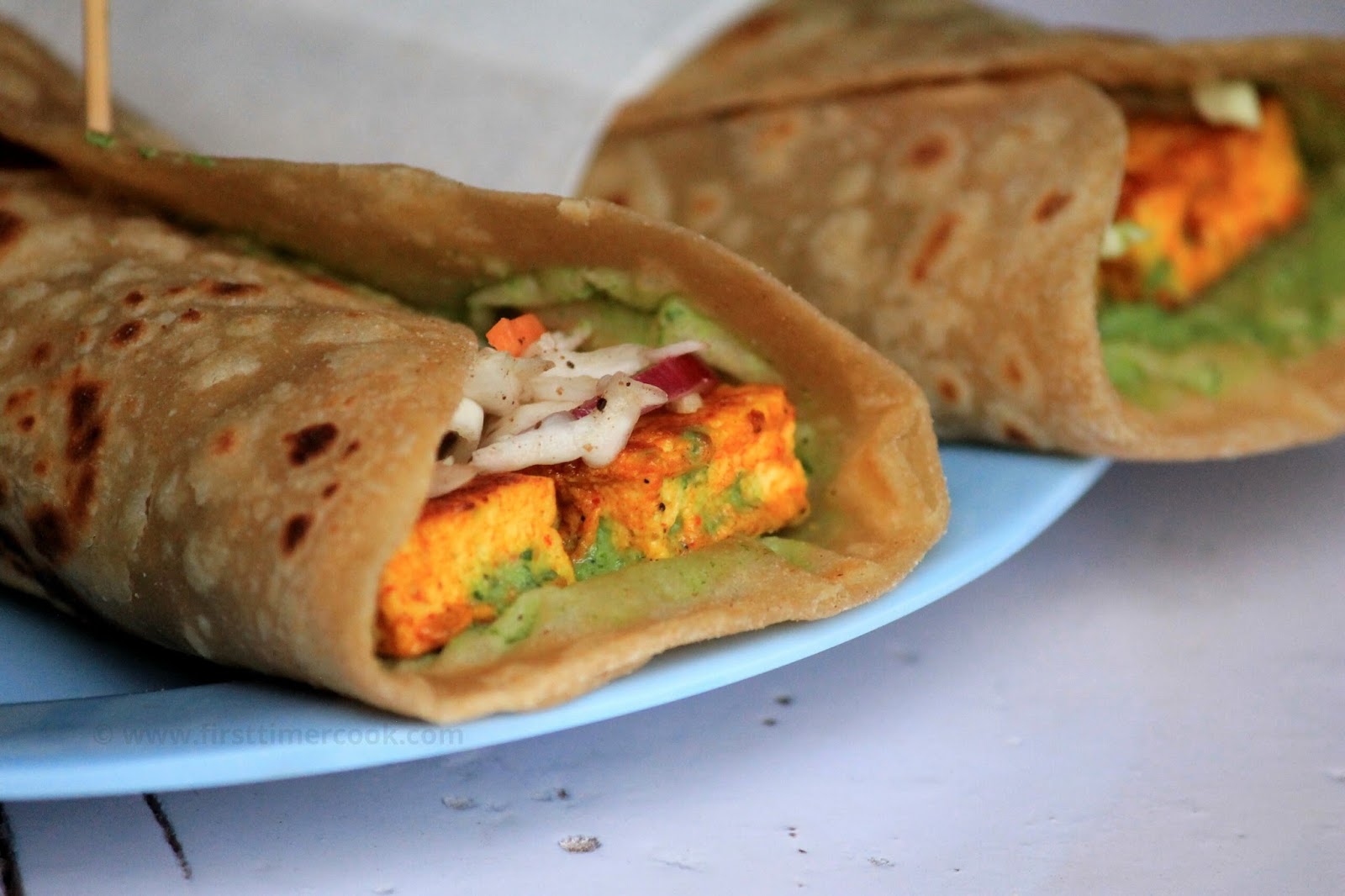 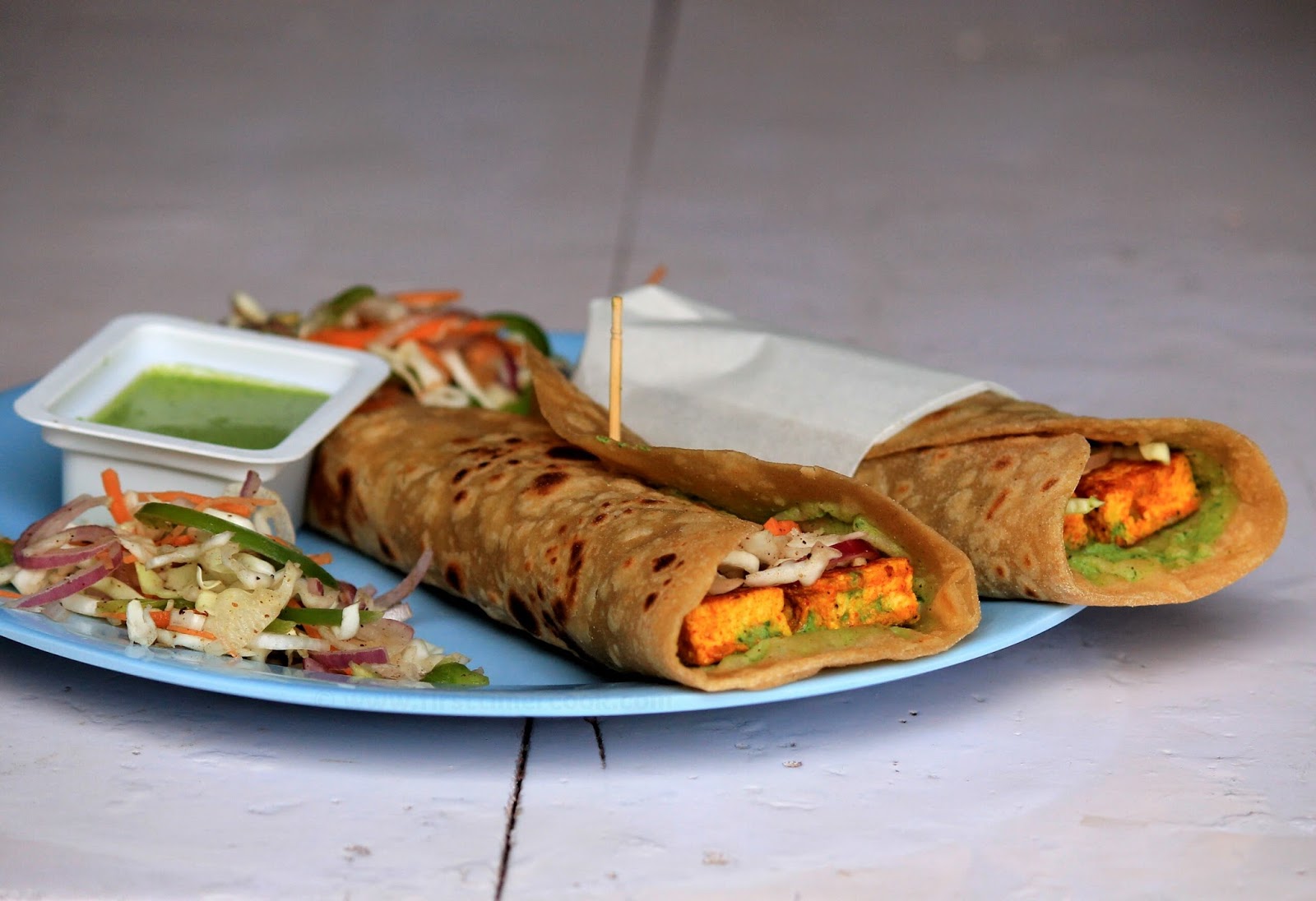