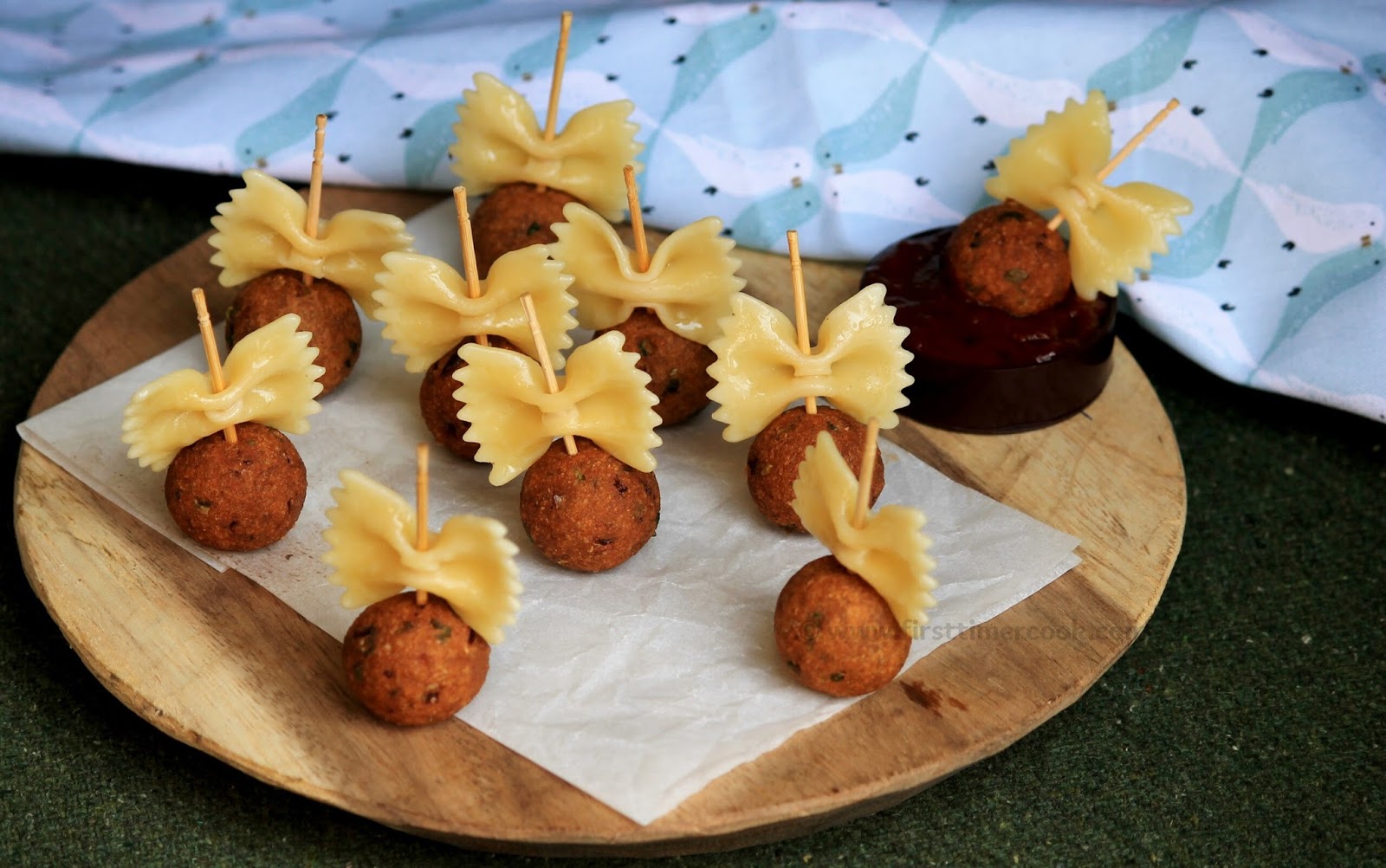 Veggie meatball pasta canape – perfect for tea time or a sure shot hit as a starter in parties !!

Soya chunks or soya nuggets has protein content same as of meat. Considering the health benefits, these are much good for kids. Here I have made vegetarian meatballs from the nutritious soya mince to make a canape along with pasta. 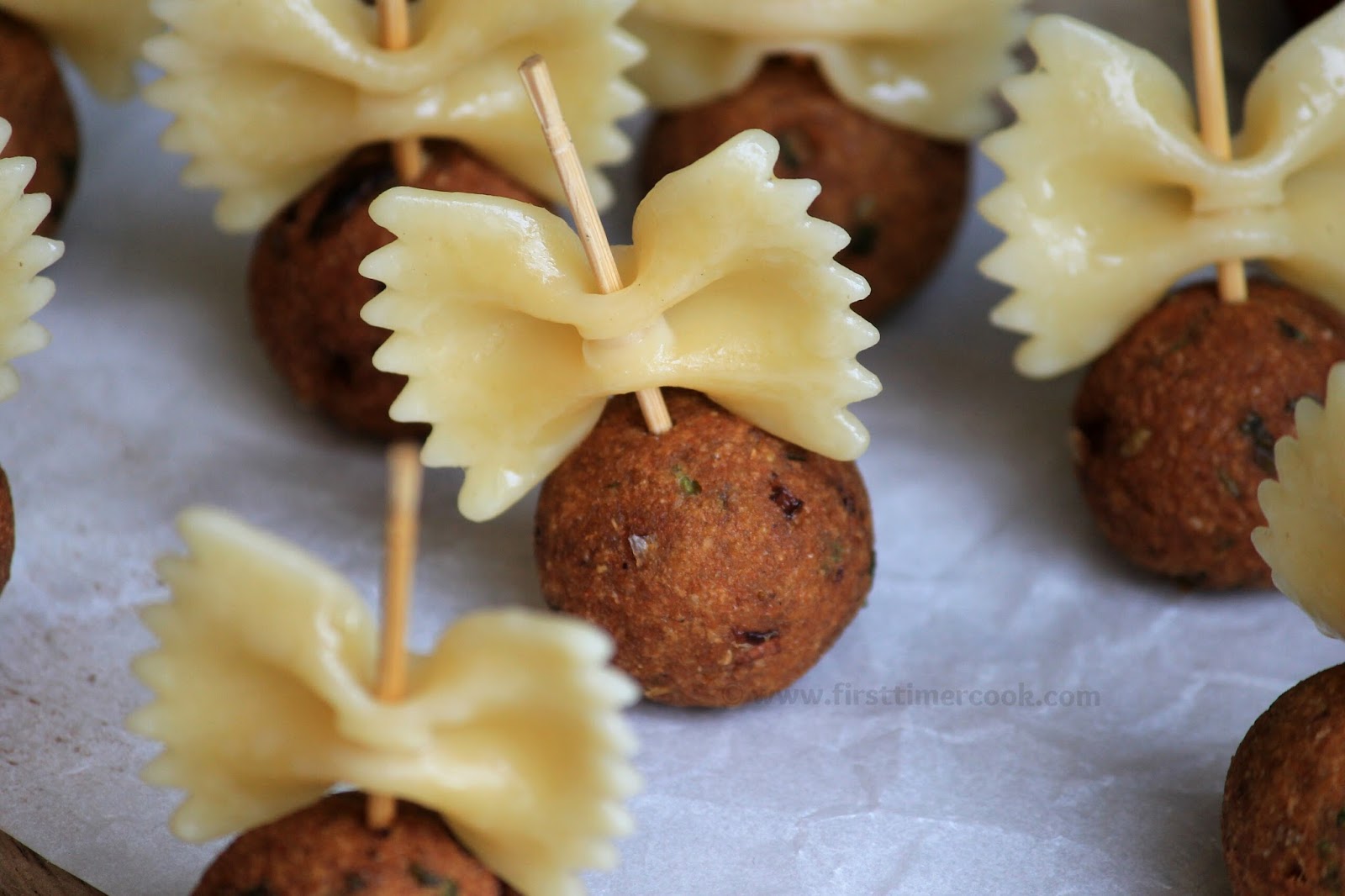 The farfalle (bow tie pasta) are used to give nice look to the canapes. These canapes can be an awesome party starter. The meat balls are very soft inside and crispy outside. So lets check the method of preparation of the veggie meatball pasta canape as mentioned below. 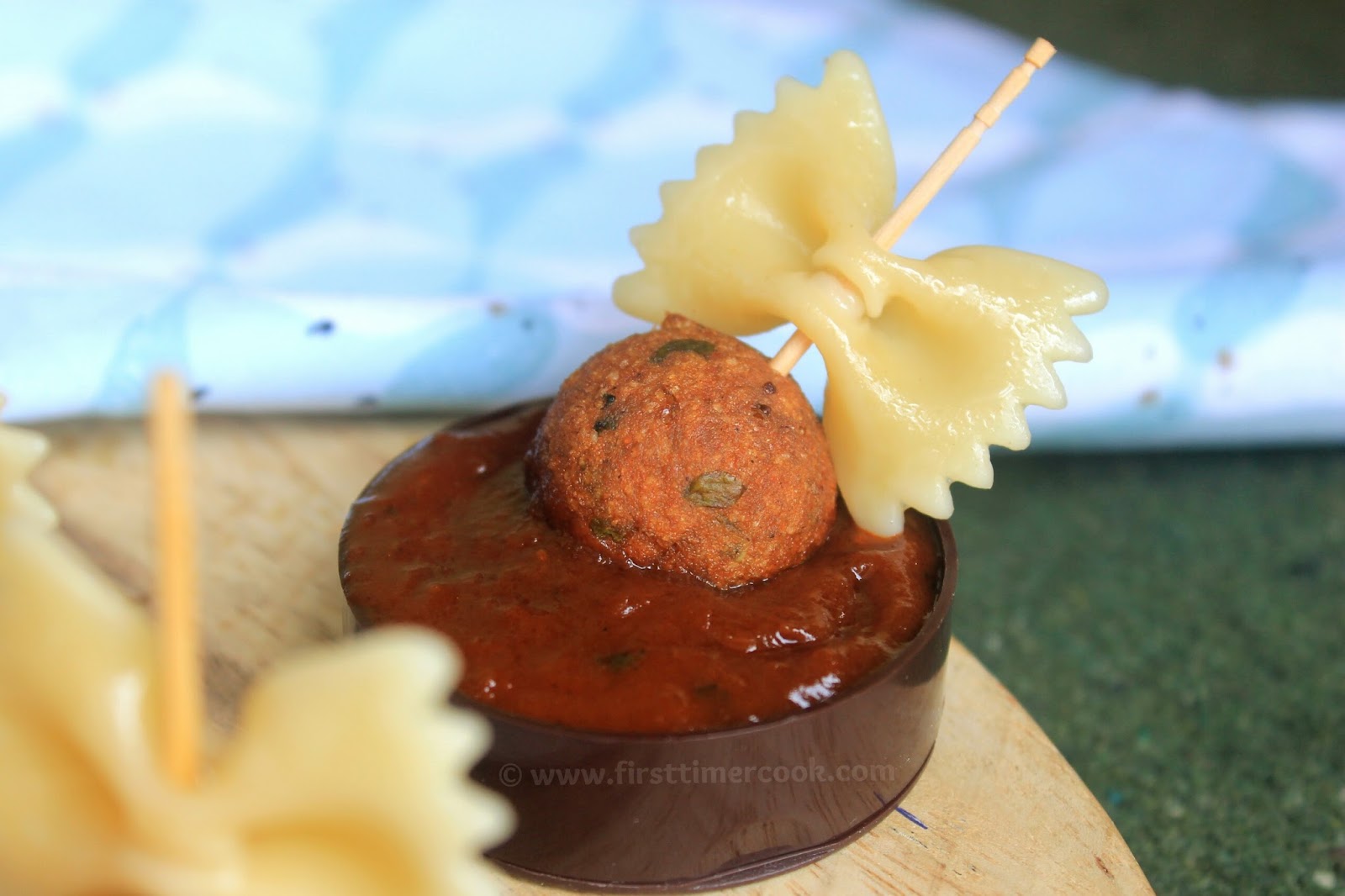 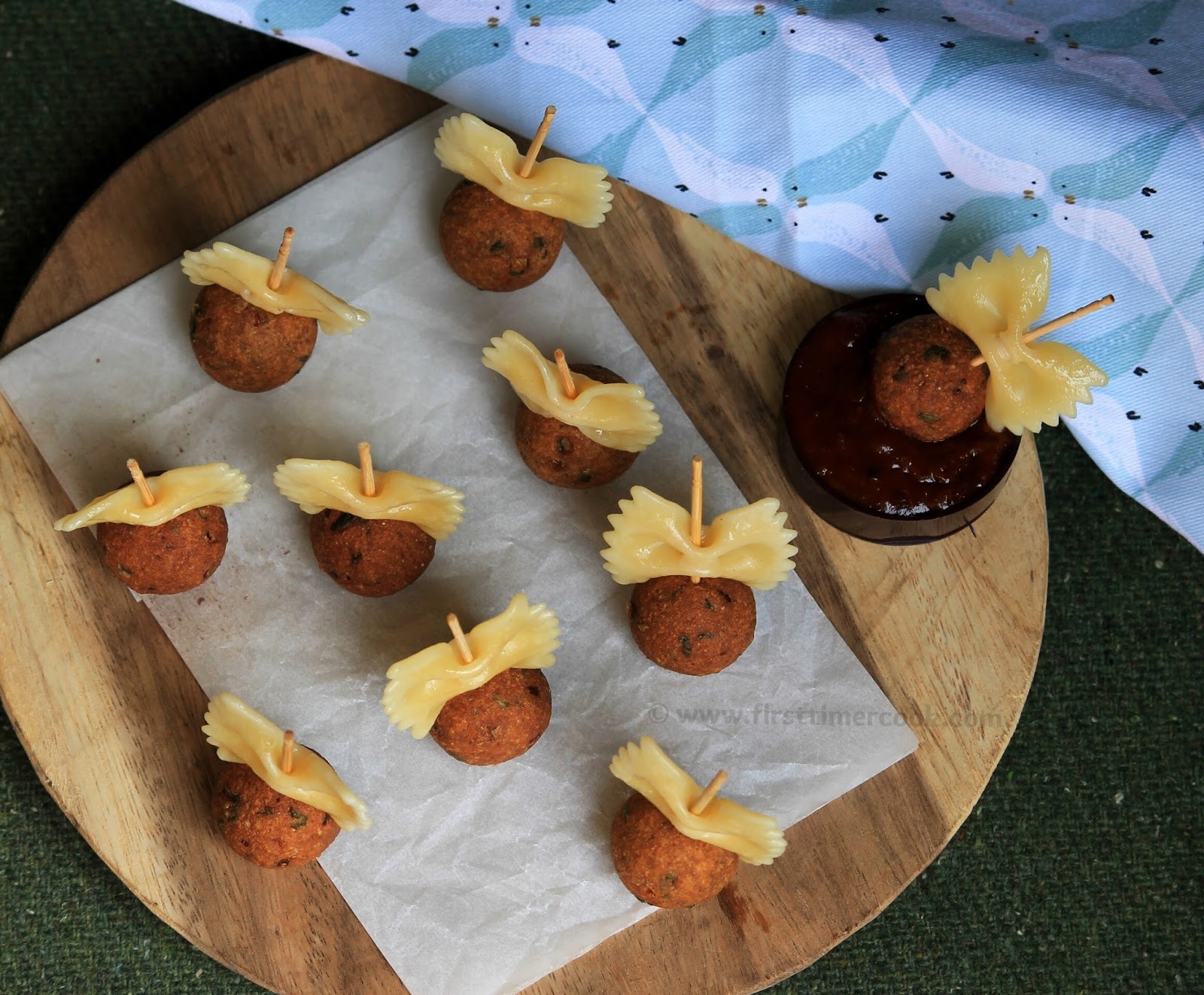