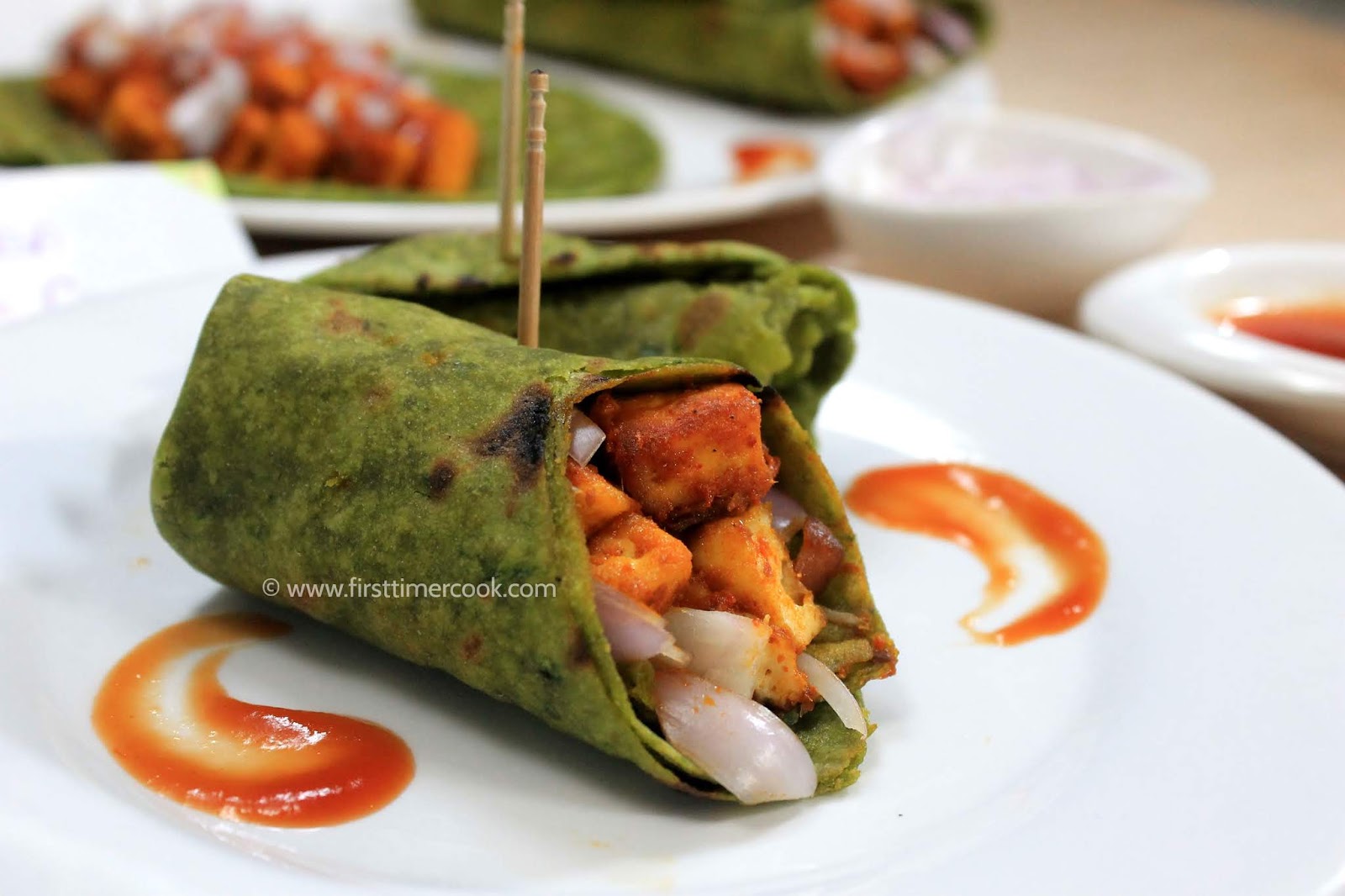 Palak paneer is one of the top most favorite dish among all vegetarians particularly. This is a very popular north Indian cuisine, especially from Punjabi cuisine and often made in those regions. Even any kid who doesn’t like palak or spinach, the palak paneer must be his / her favorite one. This dish consists of two main ingredients as palak / spinach and paneer / Indian cottage cheese. The dish is basically some soft paneer cubes cooked in a smooth spinach gravy. It is one of those rare foods that are full of taste and nutrition. Spinach is a great source of vitamins and cottage cheese / paneer gives the calcium and protein. This healthy dish is usually served along with chapatti or any variety of naan. 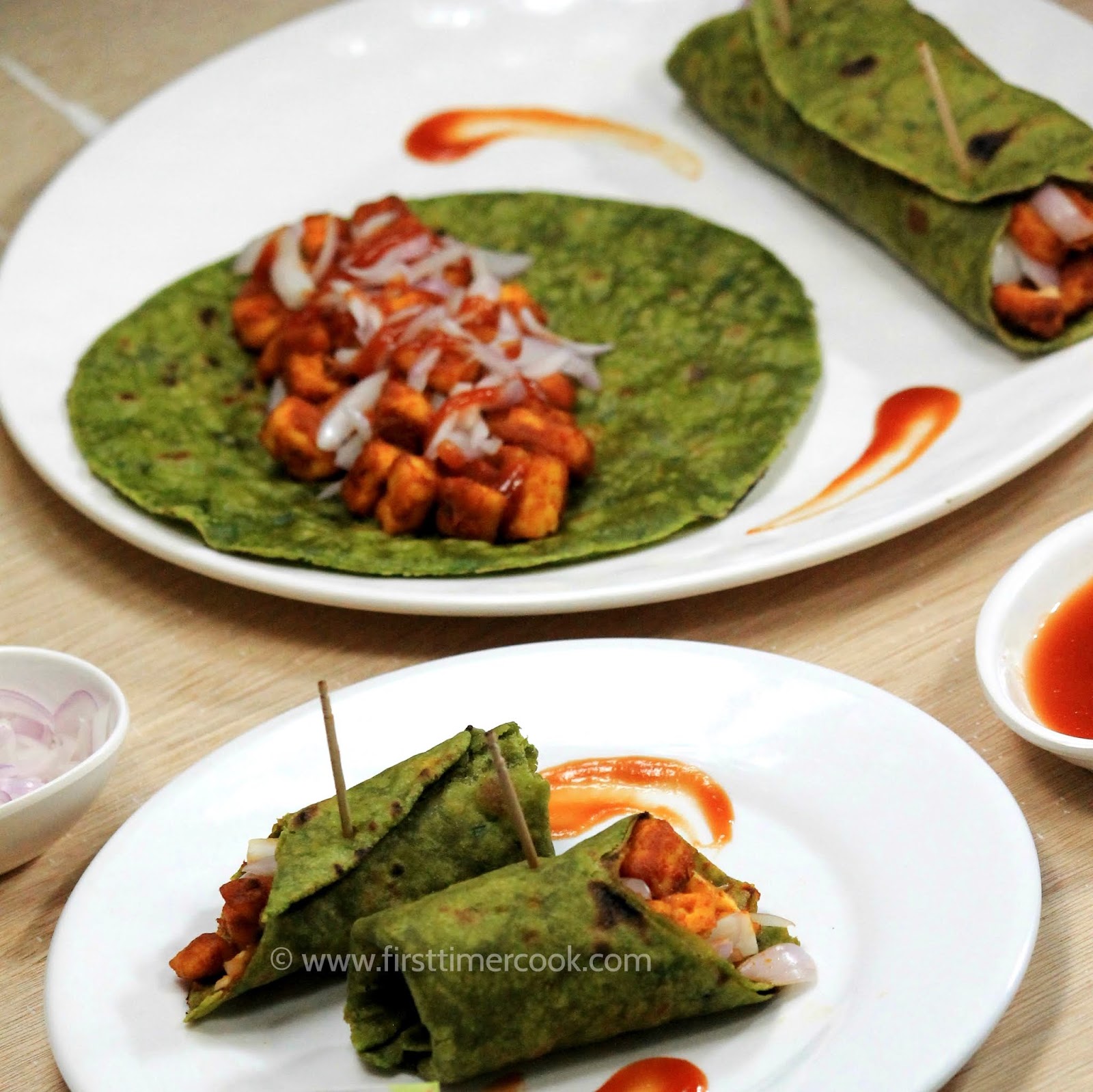 The gravy of the palak paneer is the spinach puree flavored with some spices. So anyhow, we have to prepare the puree of some spinach leaves first. Actually one day, the blender jar containing spinach puree which I had prepared for the palak paneer gravy accidentaly fell upon the bowl containing the wheat flour. So instead of making plain chapati, I prepared some palak chapati or roti. And then stuffed all those already cooked paneer cubes inside the palak chapati 😄. So a twist to the famous palak paneer evolved and I named that as Palak Paneer Wrap. The ingredients are same as you can check, but instead of adding spinach to the paneer while cooking, the puree is added to the wheat flour. Then a wrap is prepared with some cooked paneer cubes as filling. These wraps are so healthy and kids friendly too. 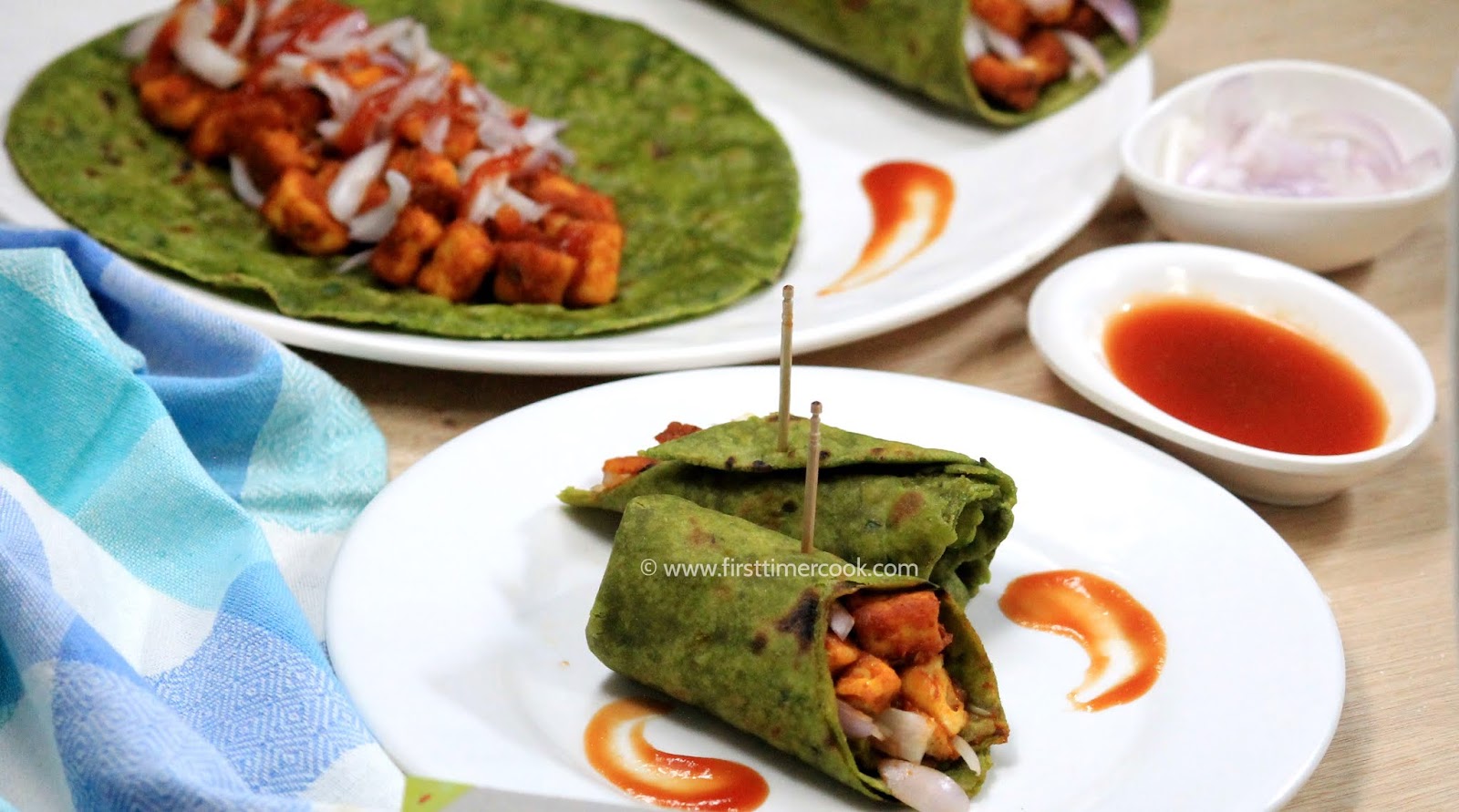 Well, some days before one of my fellow blogger Jayashree has started her guest post series and I am so glad that I am the first blogger at that space of her. I know her since a long time, but became more interactive few months ago. She is a person who loves cooking and enjoys writing, thus she started her blog. It consists of vegetarian dishes from India and around the world. She has three e-books to her credit, which are all available on Amazon. Besides writing recipes, she also writes short stories and poems. So when she approached me to do a guest post, at the first instance I discussed with her about this twisted dish of palak paneer as Palak Paneer Wrap. And she showed thumbs up 😉 and click here for the whole recipe details of Palak Paneer Wrap 😄