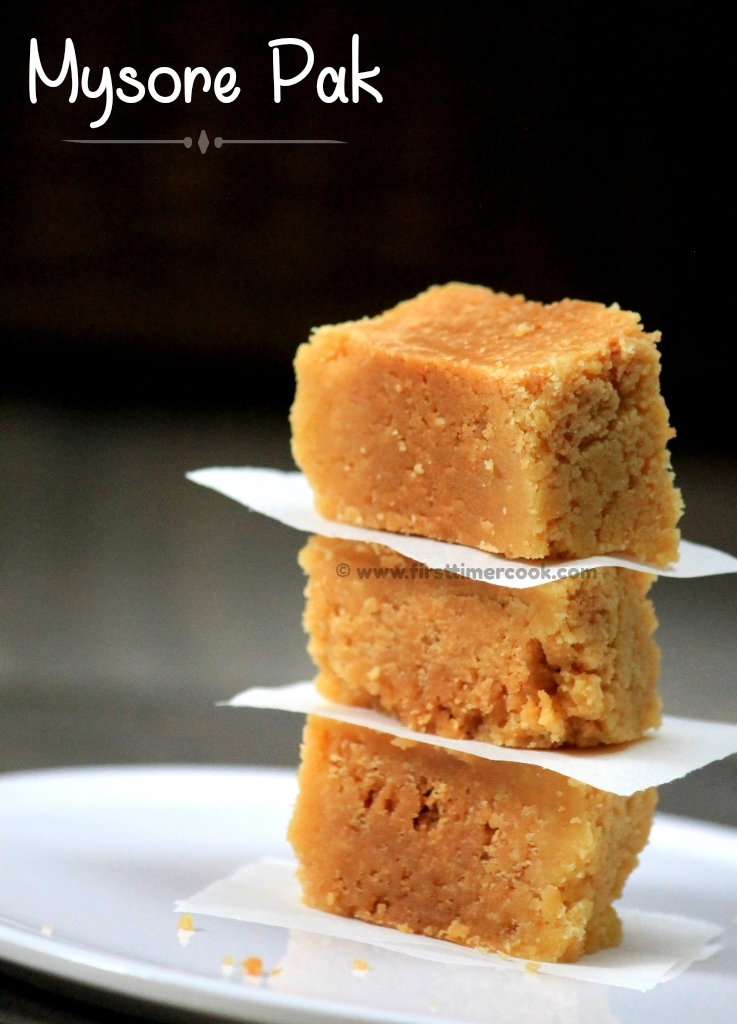 The August month came to an end and as you all know I am belonging to a monthly posting food group named as ‘Shhhhh Cooking Secretly Challenge‘. This month the challenge was from ‘Karnataka Cuisine’ and my partner was Priya Satheesh. She gave me 2 secret ingredients as Besan (gram flour) and Turmeric powder and I gave her as Tomato and Jaggery. Check her dish here. As usual, using mine two ingredients I had to prepare a dish from Karnataka cuisine. So I have come up with a royal delight using these two ingredients which is Mysore Pak. 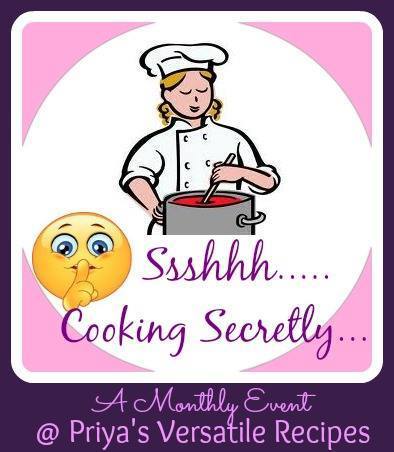 Well the taste, flavor and the ingredients of Karnataka cuisine are very versatile and unique. It is a distinctive combination of different non-vegetarian and vegetarian dishes. Ghee or clarified butter is used in cooking primarily. Some typical dishes include Akki rotti, Ragi rotti, Bisi bele bath, Vangi Bath, Khara Bath, Neer dosa, Rava idli, Mysore masala dosa etc. Also like other cuisine, Karnataka cuisine has a wide range of desserts. Some of the popular sweet dishes are Chiroti, Mysore pak, Puran poli / Obbattu / Holige, Seveyian payasa and many more. Among all, mysore pak is on my to-do list since a long. When the theme for August month was decided and my partner gave me the ingredients then only this dish, Mysore pak came to my mind to jump over. 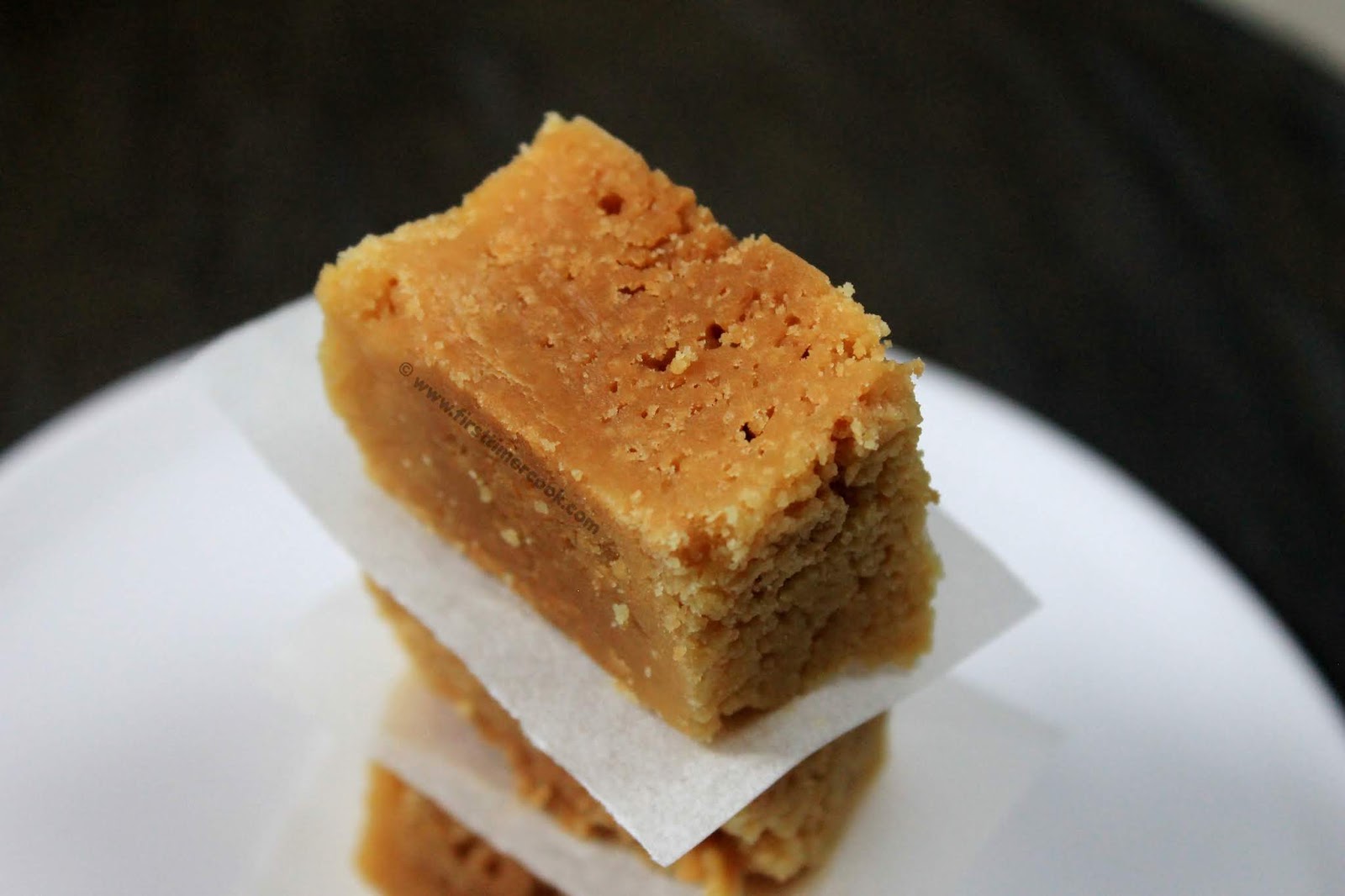 This sweet dish originated in Mysore city of the state of Karnataka in Indian subcontinent. The basic ingredients here are besan / gram flour, sugar and ghee or clarified butter. Though ingredients are only few, but the whole procedure is bit tricky. There is always a fraction of few seconds which has to be carefully handled in each stage. Mysore pak is found in two varieties : one is softer and other is porous and firm. But both forms have mouth melting texture. The ingredients mentioned below’ll yield mysore pak pieces with slightly crunchy and porous texture, edges with crumbs. Though this is first originated in royal Mysore palace, day by day this aromatic and delicious sweet dish is becoming the most popular one.

So do try this royal delight Mysore Pak for upcoming festive days. If you tried my recipe and enjoyed fully, then please share some pictures of your creation with me. Also give your valuable feedback either in the comment box below or tag me as #firsttimercook on Instagram. You may also follow me on Facebook, Pinterest, Twitter, Google+, Instagram and can subscribe for free to get new recipes directly into your inbox 😊. Lets go in details. 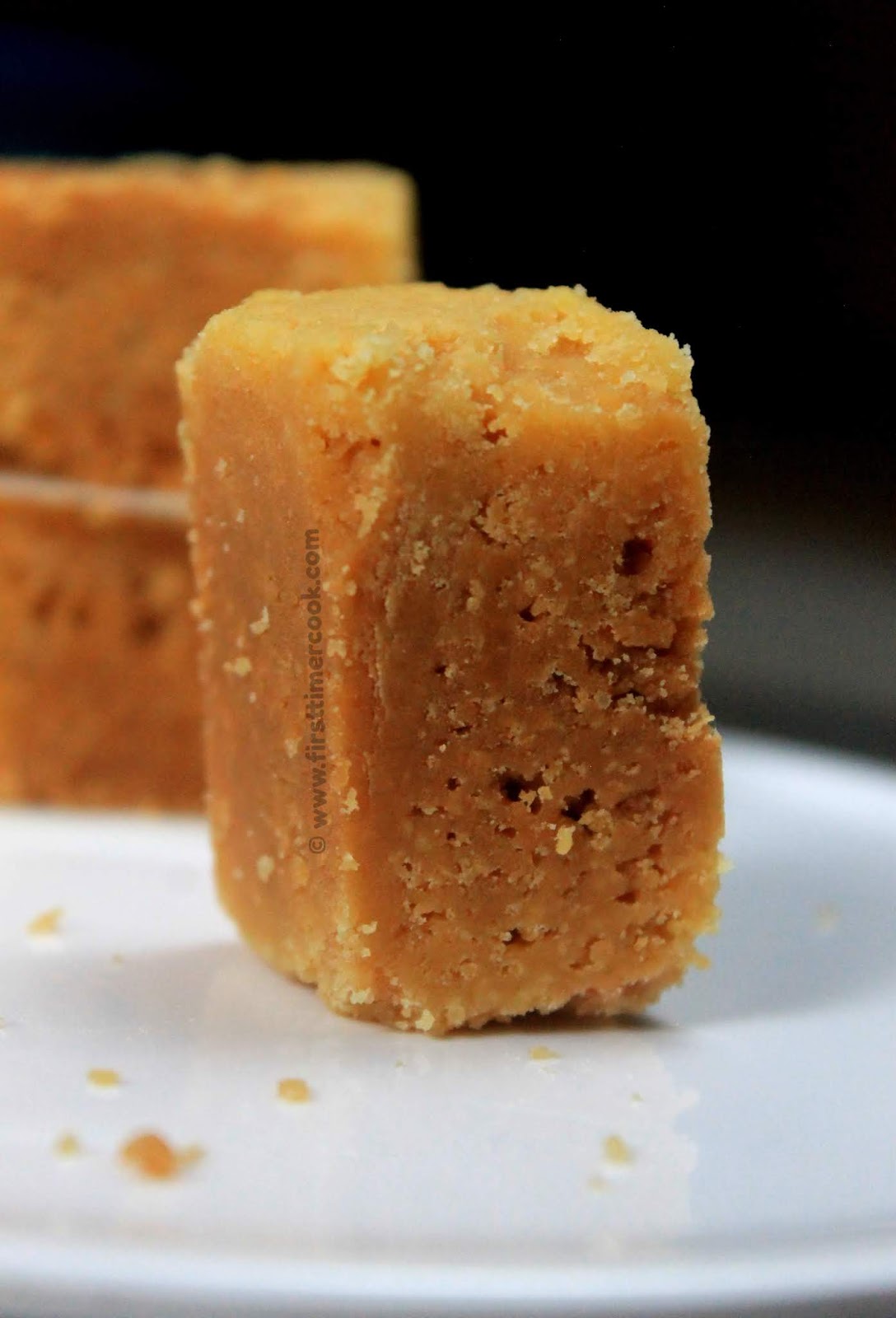