Makar sankranti or uttarayan celebrates the harvest and the end of winter. In details, from this day on wards sun becomes uttarayan or it starts moving towards north. This festival marks the return of longer days which signals a change of season. Makara Sankranthi is one of the Hindu festivals which fall on the same date (14 January) every year. (15 January if leap year) 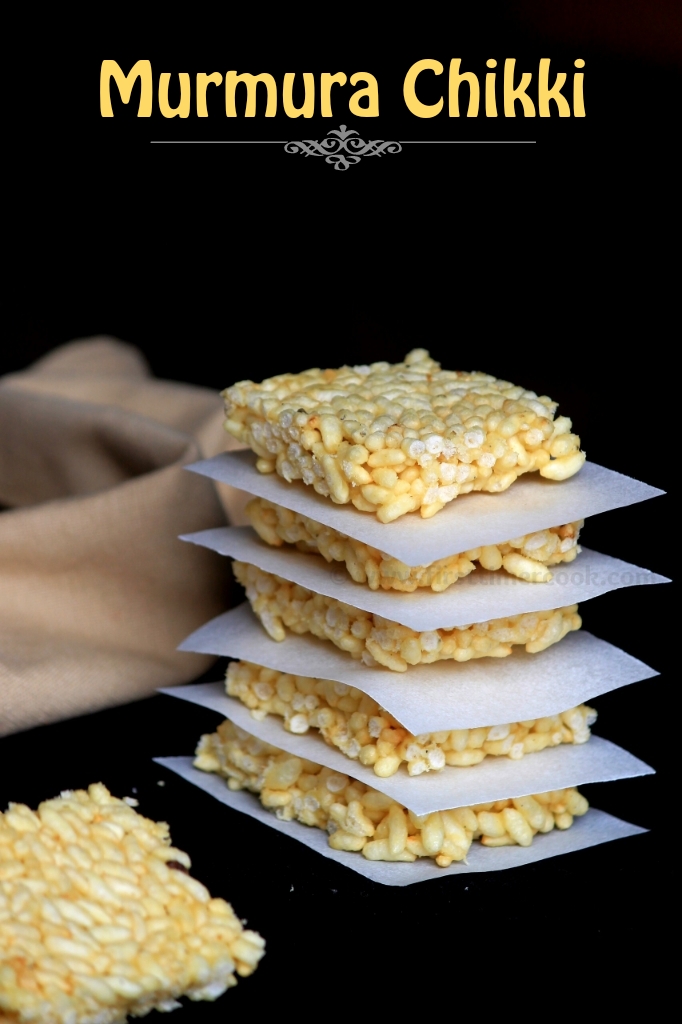 This is celebrated in many parts of South Asia with some regional variations. In India, it is known by different regional names such as pongal, makar sankranti, uttarayan etc. In Odisha, people celebrate this festival by preparing makara chaula (a mixture of uncooked newly harvested rice, banana, coconut, jaggery and chhena) as naivedya to god. Kite flying is traditionally observed as a part of this festival in Gujarat, Rajasthan, Uttar Pradesh. The sky is filled with a lot of kites which creates truly a beautiful site. 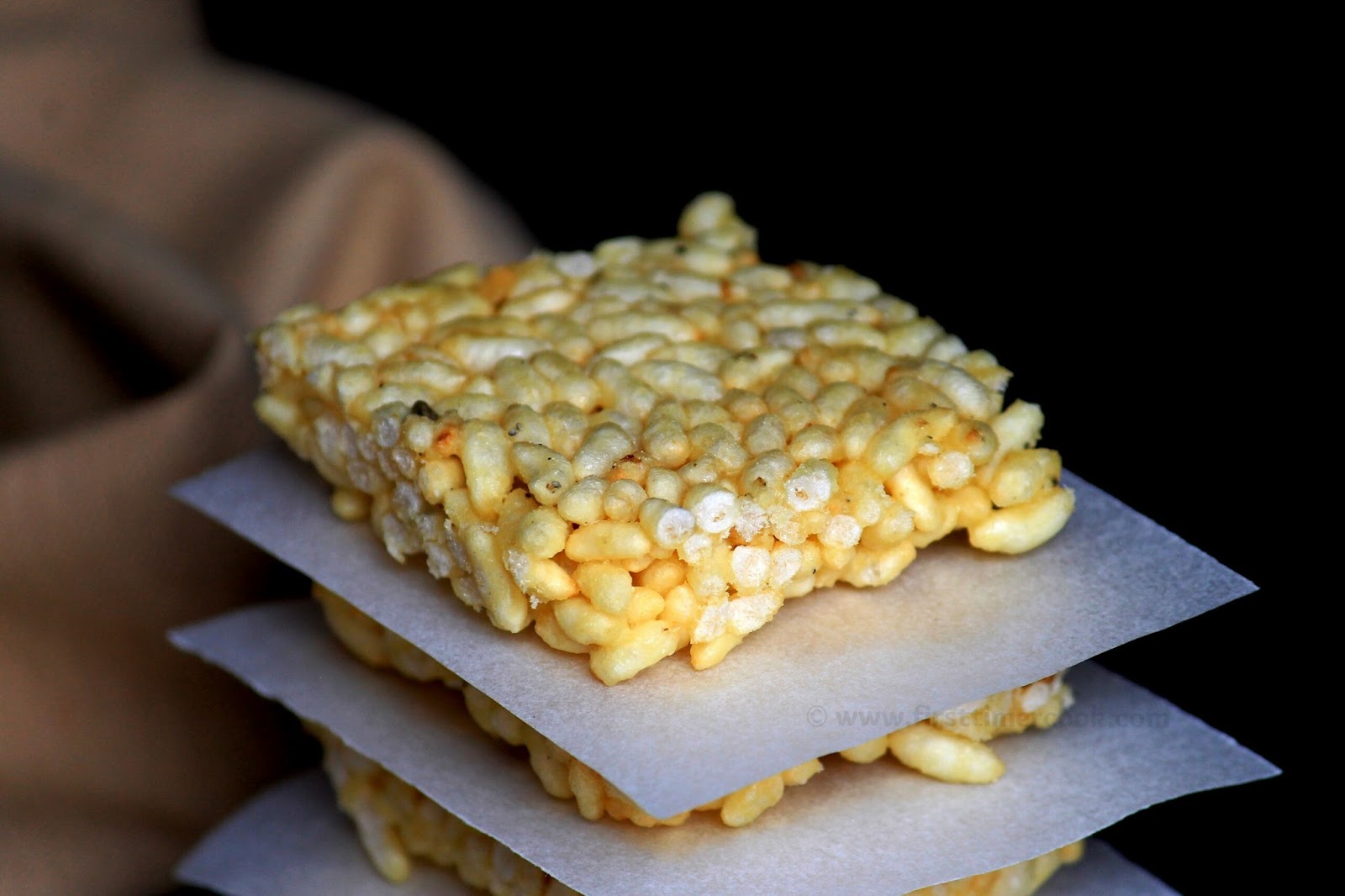 Being an Odia, I always make makara chaula on this occasion. I will discuss about the detail preparation of makara chaula in my next post. In addition to makara chaula, I have also prepared the murmura chikki (puffed rice chikki) this year.

The murmura chikki is very easy to cook and can be munched anytime. This is a popular sweet during makara sankranti festival and is prepared basically from puffed rice and jaggery. So lets go in detail. 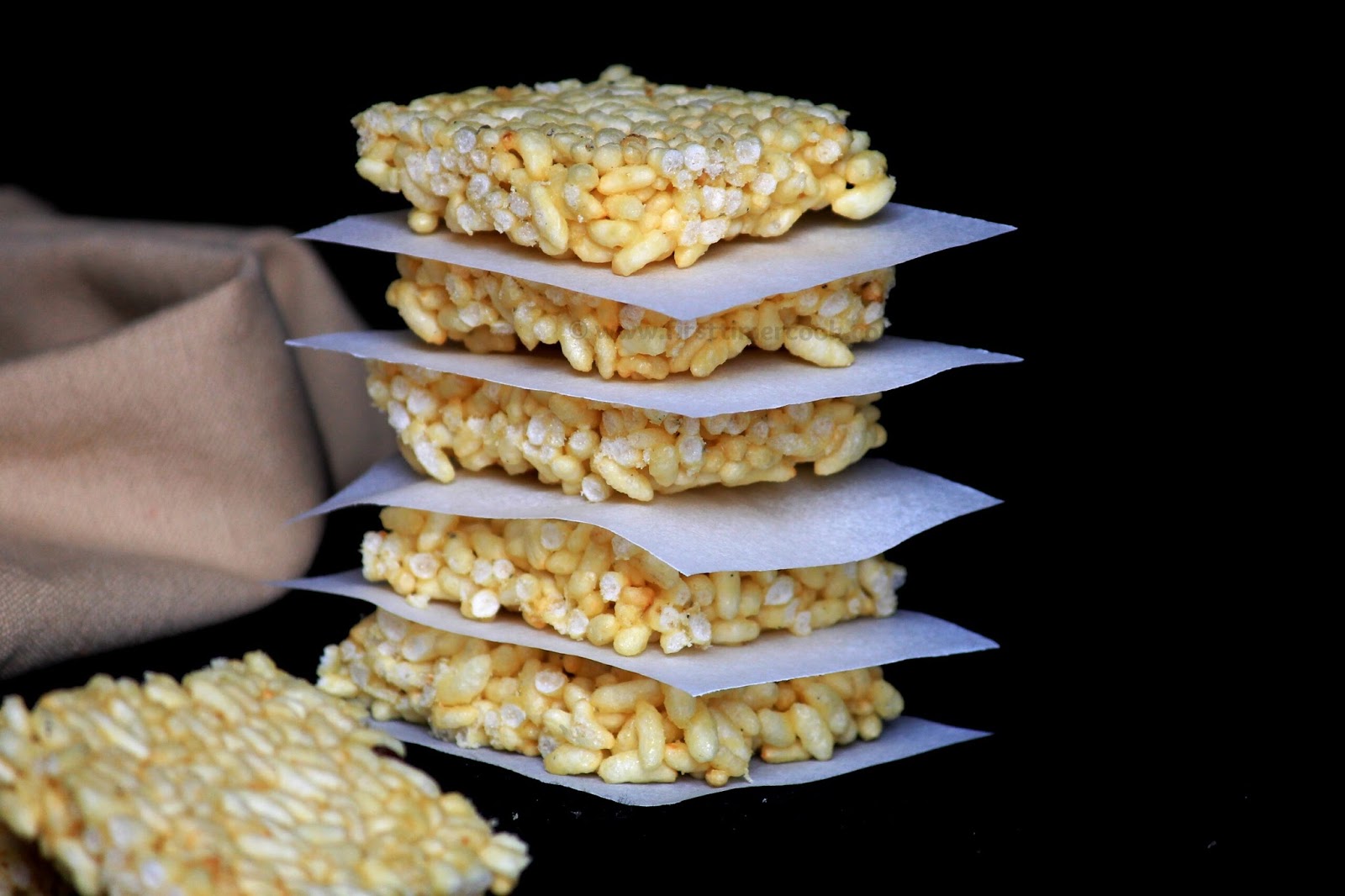 Sending this recipe to Fiesta Friday this week co hosted by Diann and Shinta.