The Spring Festival of India, Holi is a festival of colors. This is celebrated in the month of Phalgun (February-March) according to the Hindu calendar. Holi is one of the major festivals of India and is celebrated in most of the states of India. However, each region has its own variations of Holi with a large local influence. Although the festival originated in India and is still widely celebrated there as a religious festival, it has been adopted in many places around the world. Some of the biggest celebrations take place in the temples of Vrindavan, a town in the Indian northern state of Uttar Pradesh. According to legend, the Hindu god Krishna played Holi with his consort Radha. On the day of Holi, people throw colored powder and liquids at each other. The festival also symbolizes a new beginning for Hindus to end conflicts and let go of emotional impurities from the past. Along with variety of colors, people likes to enjoy variety of food as well. 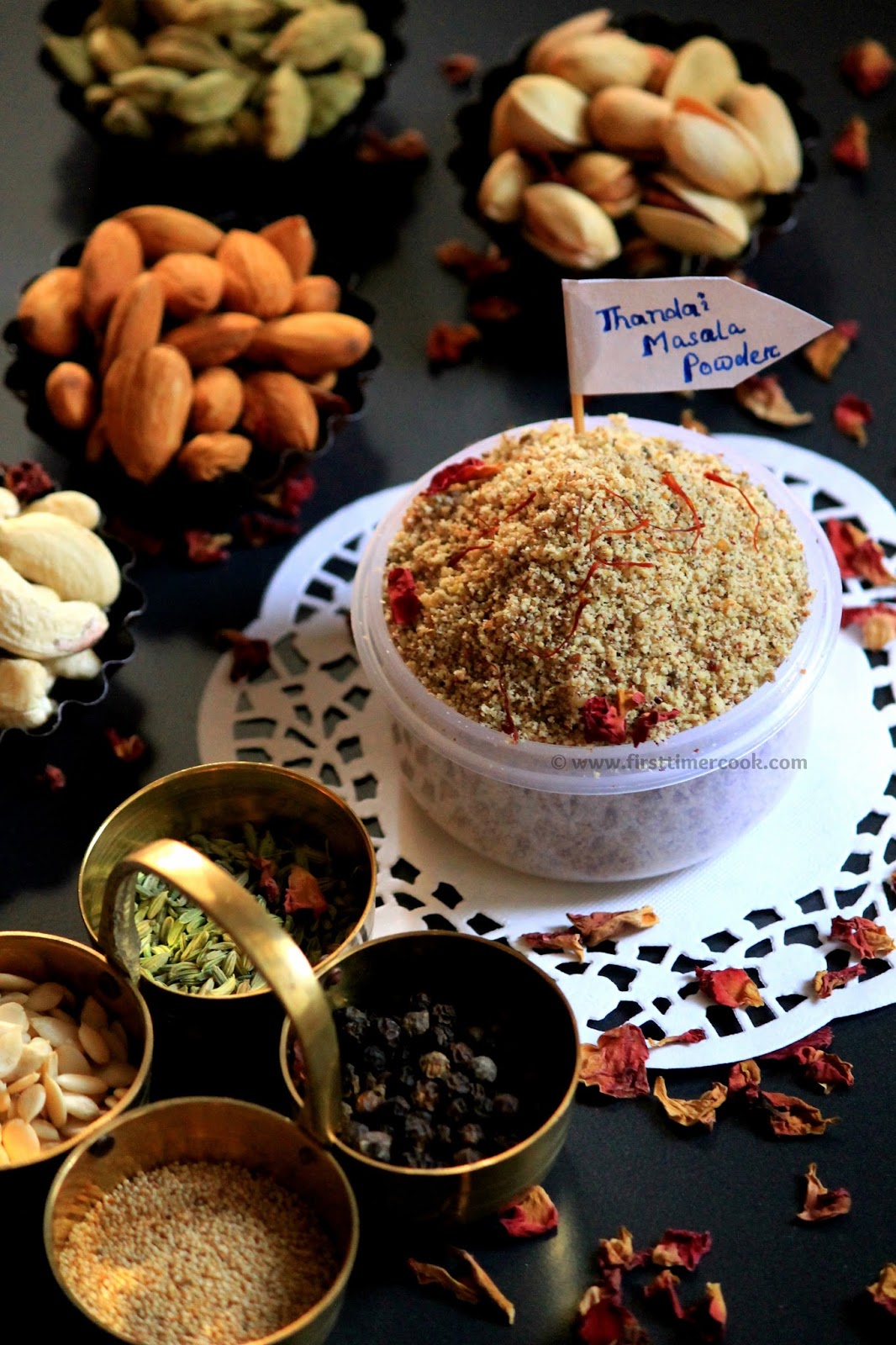 There are a lot of traditional delicacies that are relished at Holi festival for making the occasion even more enjoyable. Among all, thandai is a refreshing milk beverage specifically served during Holi. Thandai is mainly prepared by using a nut and spice mix powder known as thandai masala powder. Basically, the thandai powder is a semi-coarse or fine mixture of cashews, almonds, pistachios, melon seeds, fennel seeds, rose petals, peppercorns, green cardamoms, poppy seeds, saffrons, and many others according to individual preferences.

These ingredients present in the thandai even have a few health benefits.

Though associated with festivals like Holi and Maha Shivratri, thandai is a preferred cold beverage throughout summers in India. These days, anybody can get the ready made thandai powder or thandai syrup in market. But those are much loaded with sugar. So instead of using that, do prefer this homemade thandai powder. Instantly anybody can prepare and store for later use. Using this thandai masala powder, one can prepare many other things like traditional thandai, thandai cheesecake, thandai rabdi, thandai lassi, thandai kulfi, thandai cookies, thandai cakes and many more. Some of these, I will share in my next posts, so stay tuned 😉 .Below is the details method of preparation of thandai masala powder. 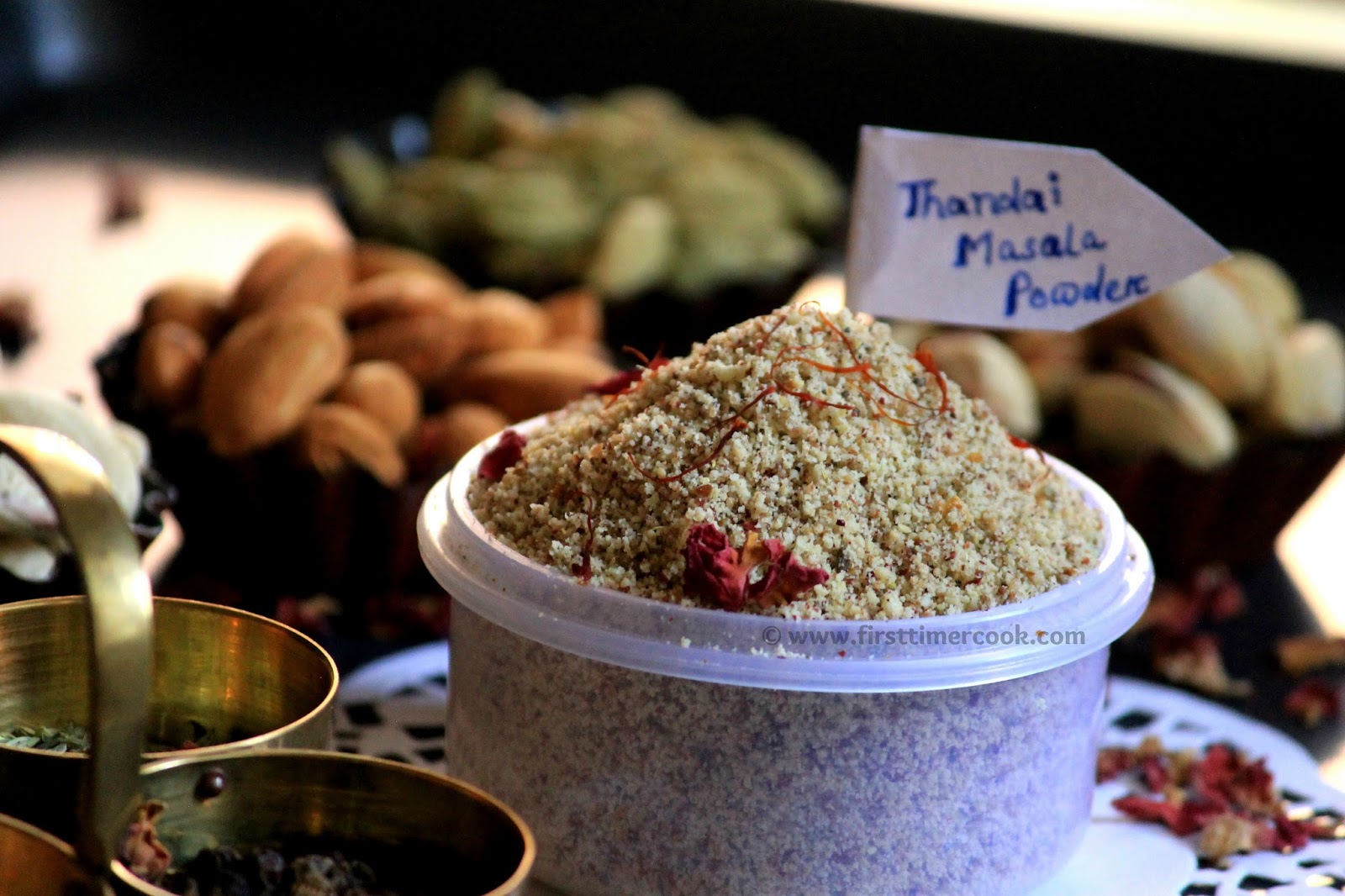